DEF LEPPARD have confirmed the track listing for their upcoming "covers" album, tentatively due before the end of the year. A posting on the group's web site reads as follows: "For a long while, the stories and rumors have been going round about DEF LEPPARD recording an album full of cover songs. While we can ...

IRON MAIDEN singer Bruce Dickinson will be a special guest DJ at Arthur Brown's Crazy World Fire Suite Kingdom Come Reunion performance on Saturday, March 12 at the Astoria in London. Bruce, besides being a good friend of Arthur (the latter attended the Earl's Court gig in 2003), compiled a BBC documentary to show Arthur ... 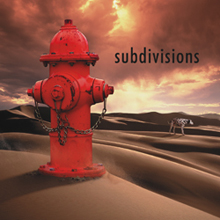 Magna Carta Records, the label that released the 1996 RUSH tribute album "Working Man", has set a March 15 release date for a new RUSH tribute collection, entitled "Subdivisions". With pre-mix editing by Terry Brown and artwork by Hugh Syme, the album will feature Vinnie Moore on guitar, Stu Hamm on bass and Mike Mangini ...

According to Axetopia.com, DigiTech has introduced the Jimi Hendrix Experience Artist Series Pedal (photo). Working closely in conjunction with Eddie Kramer, the legendary recording engineer and producer who captured Hendrix's amazing talent on the albums that redefined the role of the electric guitar forever, DigiTech was chosen by the Hendrix family ...

A brand new CROWBAR track, entitled "Dead Sun", has been made available for download at this location. "Dead Sun" comes off the group's new album, "Lifesblood for the Downtrodden", due on February 8 via Candlelight Records. The band will kick off their first tour in support of the record, alongside labelmates ENTOMBED, PRO-PAIN ...

Former PANTERA/current SUPERJOINT RITUAL frontman Philip Anselmo has posted the following message at his official web site, PhilAnselmo.com: "I've been stumbling around in a coma of loss. No truer lyric has been written than 'You don't know what you've got 'til it's gone.' "To explain my side of things with the hiatus of ...

Roadrunner Records has set an April 12 U.S. release date (one day earlier internationally) for MURDERDOLLS frontman Wednesday 13's solo album, "Transylvania 90210: Songs of Death, Dying and the Dead". The final track listing for the album is as follows: 01. Post Mortem Boredom 02. Look What the Bats Dragged In 03. I Walked with ...

Candlelight Records has announced the worldwide premiere of "Dead Sun" from CROWBAR's soon-to-be-released new album, "Lifesblood for the Downtrodden". Candlelight will premiere the song, also the album's lead video, beginning at 9:00 a.m. EST on Saturday, January 22. Bring your browser to the label's recently launched U.S. site at this location to download ...

Following last week's sale of IRON MAIDEN's famous "Twilight Zone" brown vinyl misprint, another highly sought-after item for collectors was sold for yet another record price. The IRON MAIDEN "2 Minutes to Midnight" Japanese 7" promo is considered by some the ultimate collector item to possess and maybe the rarest one. It has been sold ...

Billboard Radio Monitor is reporting that USA Networks has announced that POISON frontman Bret Michaels has signed on as a judge for the third season of the network's country music reality series "Nashville Star". Michaels, best known for such POISON hits as "Every Rose Has Its Thorn" and "Something To Believe In", has ...

Jeremy Austin of TheStage.co.uk is reporting that Sharon Osbourne will appear in "The Vagina Monologues" for a limited six-week run at the Wyndhams in April, producer Mark Goucher has announced. The comedy — written by American Eve Ensler — features women talking about their intimate bits and has been a huge hit on ...

According to MaidenFans.com, IRON MAIDEN's famous "Twilight Zone" misprint brown 7" vinyl was recently sold on eBay for a price of $5,202. Troopersounds.com ranks the single as the second most sought-after MAIDEN item. A posting on the site reads: "'Twilight Zone' — brown vinyl miss press UK 1981 EMI5145 This is the big ...

Vocalist Mark Boals' (RING OF FIRE, ex-YNGWIE MALMSTEEN) official web site has been updated with the following message: "Mark sang a song for Japanese musician/songwriter/producer Tomio Terada's new album. On Mr. Terada's upcoming album 'Flight of the Soul', Mark sang the song 'Tempestus Rex'. The music and concept of this album was written by Terada ...

Scott Weiland (VELVET REVOLVER, ex-STONE TEMPLE PILOTS), Jerry Cantrell (ex-ALICE IN CHAINS), Billy Duffy (ex-THE CULT) and Joan Jett were among the special guests during CAMP FREDDY's set Wednesday (Jan. 5) in Las Vegas at a release party for Sony's forthcoming PSP portable game system. Pictures from the gig — which was not open to ...

According to a posting at Ozzyhead.com, the track listing and song order for Disc Four of OZZY OSBOURNE's upcoming box set, "Prince of Darkness", has changed. As previously reported, the first two discs in the set will encompass re-mastered versions of Ozzy's most popular solo smash hits. The third disc (which is entitled ...

CROWBAR guitarist/vocalist Kirk Windstein is auctioning a Les Paul custom guitar on eBay. "I just struck a deal with ESP and I'll be using them primarily," he writes on the group's web site. "I used this guitar for the drop B songs ('Bury Me In Smoke' and 'Eyes Of The South') on most ...

RollingStone.com is reporting that DISTURBED frontman David Draiman took a break from recording the band's third album to organize a benefit for the Dimebag Darrell Memorial Fund on February 23 at Chicago's Aragon Ballroom. The fund was established to cover medical and bereavement expenses for three victims of the Columbus, Ohio, nightclub shooting on December ...

SYMATIC, the Worcester, Massachusetts-based group featuring GEEZER vocalist Clark Brown, have announced the addition of second guitarist Paul "Chief" Reynolds (IF, GOD STANDS STILL) to the group's ranks. "Chief has been a great addition to the band and will allow Clark to do what he does best, rip the vocals," the band write on their ...

MÖTLEY CRÜE lead singer Vince Neil recently spoke to Hugh Hart of the Philadelphia Inquirer about having his face and body get worked over big time by a team of consultants on "Remaking", a "reality" series of 90-minute specials premiering Saturday (Jan. 1) at 9 p.m. on VH1. About 20 years ago, Neil ...

Former SKID ROW frontman Sebastian Bach has issued the following statement in memory of DAMAGEPLAN/ex-PANTERA guitarist "Dimebag" Darrell Abbott: "My relationship to this sick series of events goes way back, some 18 years. I joined a band from Detroit called MADAM X back in 1986 and the very first place I ever played on the ...

Bernie Smith of Waltham, MA's Daily News Tribune is reporting that a fourth-year Brown Middle School math instructor wrote and is directing the school's latest play, "Thröw the Göat", billed as "a heavy metal, head-banging extravaganza." "Thröw the Göat" plays upon every cliche from 1980s' hard-rock culture — from warnings that listening to ...

Former WHITESNAKE/current M3 guitarist Bernie Marsden has posted the following message on his official web site: "The new album is finished, the working title of 'Stacks' seems to have become the finished title. I'll explain: "I wanted to record some of the songs of people that really influenced me. Many of these recordings were on ...

BLACK SABBATH bassist Geezer Butler is scheduled to release the follow-up to his 1997 solo CD, "Black Science" (issued under the GEEZER banner), tentatively titled "Ohmwork", on April 19, 2005 via Sanctuary Records. Joining Butler on the album will once again be vocalist Clark Brown, whose previous credits include of LD/50 (featuring former TESTAMENT/FORBIDDEN guitarist ...