"At War With The Inferior", the new video from Swedish death/black hopefuls ZONARIA, can be viewed at Metal-Hammer.de. The song comes off the band's second full-length album, "The Cancer Empire", which was released last month via Century Media Records. The CD was produced by Fredrik Nordström at Studio Fredman and was mastered by Peter In De Betou at Tailor Maid.

ZONARIA is currently on the road in Europe as the support act for Norwegian black metallers SATYRICON.

Formed in 2002 by guitarist, main songwriter, and vocalist Simon Berglund along with axeman Emil Nyström (both were only 15 years old at that time), ZONARIA has outgrown its local underground status with the debut album "Infamy And The Breed" (Pivotal Recordings, 2007) and gained Europe-wide attention through tours with IMPALED NAZARENE, MARDUK, PAIN and VADER. With influences ranging from HYPOCRISY to DIMMU BORGIR to ARCH ENEMY, ZONARIA's misanthropic mix of brutal riffs, melodic harmonies, maniacal drumming, and ominous synth lines was well received within the metal community and the band succeeded in shaping its own, unique sound. 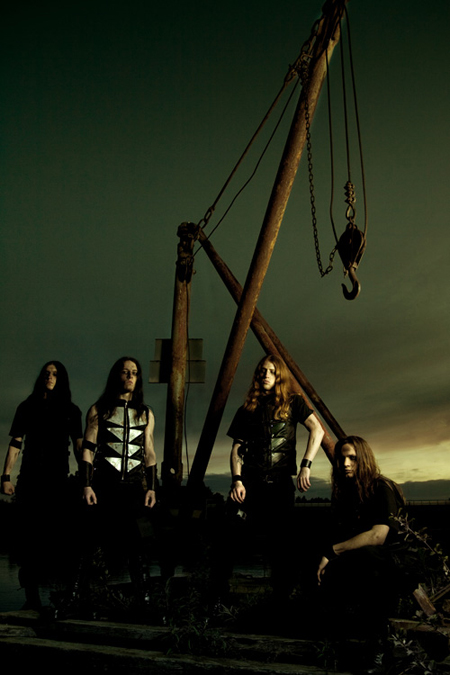