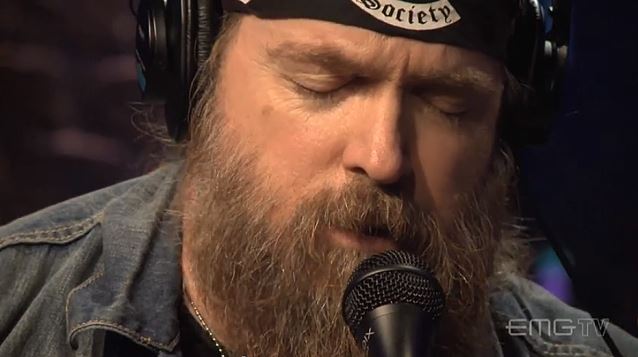 Since their early Nineties inception, BLACK LABEL SOCIETY, formed and helmed by guitar legend Zakk Wylde, has been at the forefront of hard rock. Their penchant for hard riffs and blazing solos has resulted in a slew of hugely successful albums and a reputation as one of the most powerful live bands of their generation. "Unblackened", however, unveils another side of the band.

Filmed and recorded on March 6 in high definition at Los Angeles' Club Nokia, "Unblackened" is BLACK LABEL SOCIETY presenting their songs in a whole new light, with greater use of acoustic instrumentation. Wylde plays both guitar and piano, with Nick Catanase on guitar, John DeServio on bass/vocals, Chad Szeliga on drums, Derek Sherinian on keyboards/piano, and Greg Locascio providing additional vocals.

Their stripped-down approach highlights the subtler nuances of the songwriting, without losing any of the fire or intensity. Classic tracks like "Stillborn", "The Blessed Hellride", "In This River", "Throwin' It All Away", "Losin' Your Mind" and many others are still punctuated by the stinging, searing solos that fans know and love, while showcasing the versatility of the band.

In addition to the concert, "Unblackened" is rich in bonus material. A new interview with Zakk, photo gallery, music video for "Losin' Your Mind", and a feature with Wylde visiting HM Prison Stocken in the U.K . are all included.