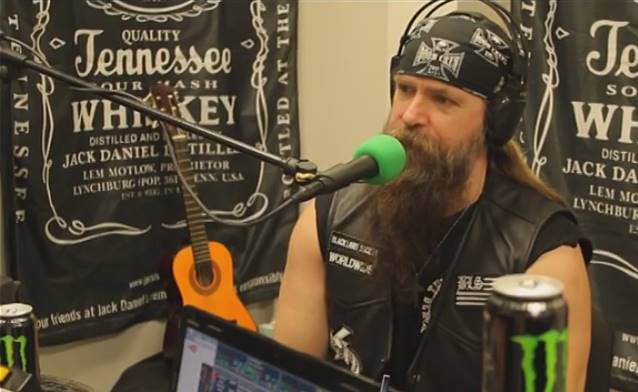 Zakk Wylde (BLACK LABEL SOCIETY, OZZY OSBOURNE) was interviewed on the Bulgarian Internet rock radio station Tangra Mega Rock in Sofia during the 2014 "Metal All Stars" European tour. You can now watch the chat below.

The official listening party for for the new BLACK LABEL SOCIETY studio album, "Catacombs Of The Black Vatican", will be held on Saturday, April 5 at 10:00 p.m. at Duff's Brooklyn in Williamsburg, Brooklyn.

"Catacombs Of The Black Vatican" will be released in Europe on April 7 via Mascot Label Group and one day later in North America through eOne Music.

If you pre-order the CD on iTunes, you will get the new track "My Dying Time" instantly.