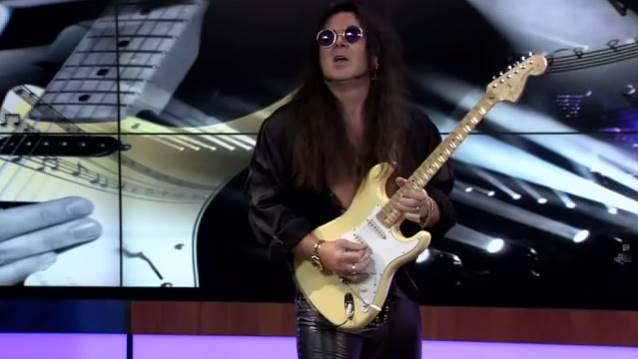 Legendary Swedish guitarist Yngwie Malmsteen has revealed to Highway 81 Revisited that he is currently mixing a live album and DVD recorded at back-to-back shows in Tampa and Orlando. According to Yngwie, it'll be released in August and will probably be called "Spellbound Live". He told CitizensVoice.com about the live album and DVD: "That's a perfect example of how when I play, it's always different. Because one's from Tampa and one's from Orlando, and it's completely different."

Regarding how the Guitar Gods tour, which kicked off June 12 in Wilkes-Barre, Pennsylvania and also features Ron "Bumblefoot" Thal of GUNS N' ROSES and Gary Hoey, would be structured, Yngwie told Highway 81 Revisited: "A lot of people probably get the idea that I'm this extremely calculated kind of guy, and in a lot of ways I am. But when it comes to music or artistic expression, I'm very uncalculated and do things very spontaneous. If I didn't do that, I wouldn't want to do this anymore. I can't just play the same thing over and over, it would drive me crazy."