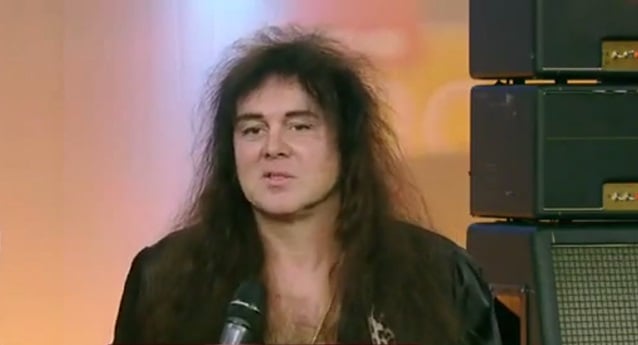 Legendary Swedish guitarist Yngwie Malmsteen took part in an interview and special live performance on the July 7 edition of "The Morning Blend" show on the Las Vegas, Nevada TV station KTNV. You can watch video footage of his appearance below.

Yngwie recently spent time in the studio mixing a live album and DVD recorded at back-to-back shows in Tampa and Orlando. According to the guitarist, it will be released in August and will probably be called "Spellbound Live". He told CitizensVoice.com about the live album and DVD: "That's a perfect example of how when I play, it's always different. Because one's from Tampa and one's from Orlando, and it's completely different."