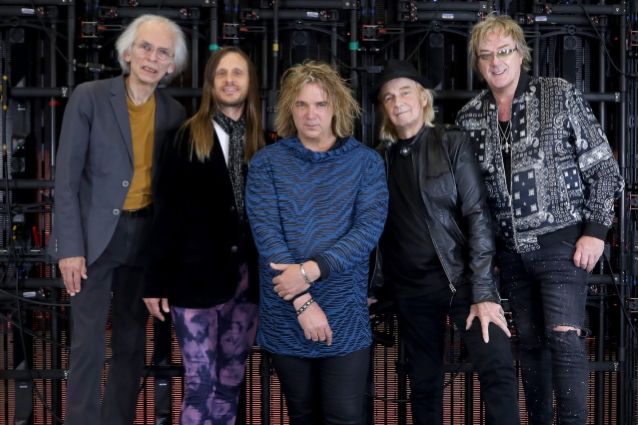 YES, one of the most innovative of all prog-rock bands, has announced an eight-date U.K. tour for May and June of 2020. "The Album Series 2020 Tour" will feature YES's 1974 "Relayer" album performed in its entirety together with a selection of other classic YES favorites. An extensive European tour will be announced soon.

The show will comprise two sets by the band with full production and a high-definition video wall. The first will feature favorite classic tracks from YES's extensive catalog. The second will feature "Relayer", the seventh studio album by YES, and one of the band's most distinctive. "Relayer" marked a slight change in direction as Patrick Moraz replaced Rick Wakeman on keyboards, bringing an edgier, avant-garde feel to the album. This was perfect for the opening track "Gates Of Delirium", almost 22 minutes in length, with its battle scene featuring the keyboard of Moraz and Steve Howe's guitar. The battle gives way to the beautiful closing ballad "Soon", a prayer for peace and hope. The album continues with "Sound Chaser", a prog-rock-jazz fusion experiment heavily influenced by Moraz's style, and "To Be Over", a calm and gentle conclusion to the album, based on a melody by Steve Howe.

Released in late 1974 on Atlantic Records, "Relayer" continued YES's success, reaching No. 4 in the U.K. album chart and No. 5 in the U.S. Billboard chart.

"We are really looking forward to playing ALL of the 'Relayer' album," says Steve Howe. "Having premiered 'The Gates Of Delirium' this year, we continue by expanding our 'Album Series' with all the tracks: 'The Gates Of Delirium', 'Sound Chaser' and 'To Be Over'." Howe goes on to say: "During the first half of the evening, we'll be performing a refined selection from YES's enormous 50-year-plus repertoire. See you there!"

Alan White comments: "I always enjoy coming home to England so I'm especially looking forward to YES's upcoming 'Album Series 2020' tour. 'Relayer', I believe, is one of the most creative and interesting musical compilations in the band's repertoire. Challenging and extremely enjoyable to play, I'm happy to be bringing this music back to live stages throughout Europe. I hope all who attend our shows will enjoy these cuts as much as we like performing them for our audiences."

U.K. dates are as follows:

Roger Dean will attend every show on European dates, and will have an exhibition of his iconic art, will be available to chat with fans front of house and sign merch, plus will be in the VIP meet-and-greets.

Formed in 1968 by Jon Anderson and the late and much-missed Chris Squire, YES has been one of the most innovative, influential and best-loved bands in rock music history. Their 1970s albums "The Yes Album", "Fragile", "Close To The Edge", "Yessongs" (a triple live album set), "Tales From Topographic Oceans", "Relayer" and "Going For The One" were ground-breaking in musical style and content. Their music also became synonymous with artist Roger Dean, whose distinctive YES logo design and artwork adorned the lavish gatefold presentation sleeves of many YES albums.

With sales of over 50 million records, the Grammy-award winning YES was inducted into the Rock And Roll Hall Of Fame in 2017, where they performed "Roundabout" from the album "Fragile" and the FM radio-friendly "Owner Of A Lonely Heart" from the 1985 album "90125". 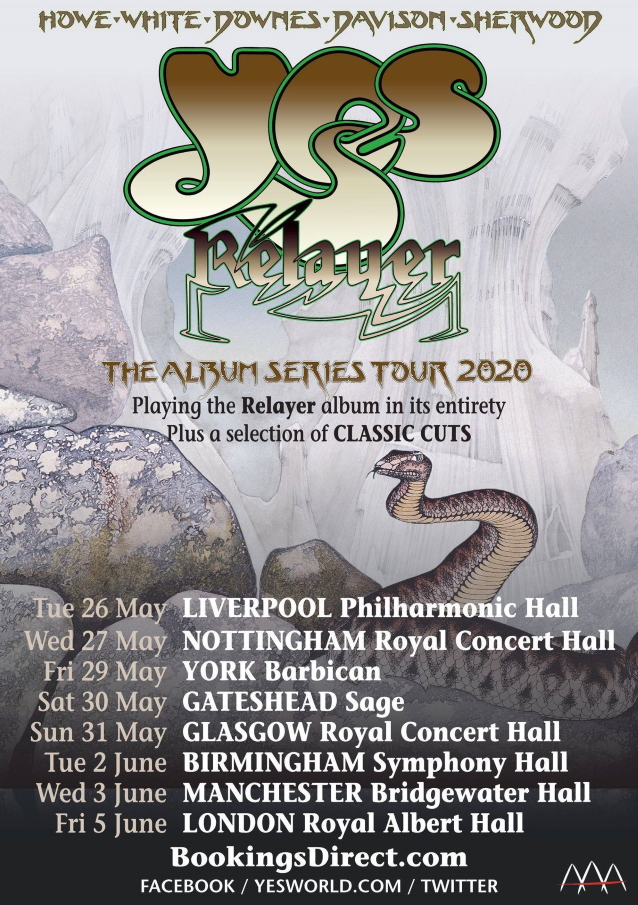