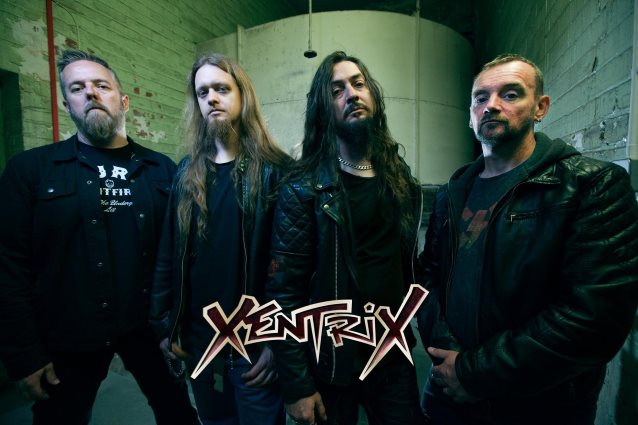 Veteran U.K. thrashers XENTRIX have parted ways with guitarist/vocalist Chris Astley and have replaced him with Jay Walsh (BULL-RIFF STAMPEDE).

The band says in a statement on its Facebook page: "It's been a while since we posted any XENTRIX news, and, to be totally honest, this has been down to the fact that we weren't sure if there would be anymore news or even any more XENTRIX.

"At the end of 2015, Chris Astley, our singer/guitarist, had decided he didn't want to be a part of XENTRIX or any other band for that matter, and so once again he was out of the lineup. This left us (the remaining three members) with the option to call it a day or try and find a replacement.

"We knew full well that the vocals are always the most difficult thing for any band to replace, but we wanted to carry on doing shows and making new metal music, so we set out on the arduous task of finding a new vocalist for the band. For the past 18 months, we've been trying to find that right person and it has been incredibly frustrating how many times we thought we had found the new addition to our lineup, only to discover, for one reason or another, it wasn't to be. We'd like to thank everyone that auditioned and demoed for us, we experienced some great voices and really cool people.

"But after a chance meeting at last year's Bloodstock festival, we found the right man for the job, and so XENTRIX would like to welcome Mr. Jay Walsh as our new singer/guitarist.

"We're super excited to have Jay on board and have already started writing and demoing new material. Most importantly, we can't wait to get back to doing what we love the most, playing live!"