WYKKED WYTCH guitarist Gio Geraca recently left the band after a six-year run to join UPON INFLICTION (Artic Records) with drummer Gus Rios (RESSURECTION, MALEVOLENT CREATION) and singer Kyle Symons (HATE PLOW). Gio will be adding his neoclassical guitar solos to the band's second CD entitled "Inhuman In Human". Gio is also working on his own death/black metal project called EVIL AMIDST with members from various bands and is available for session touring and recording.

WYKKED WYTCH recently completed recording three pre-production demo tracks which are set to appear on the band's fifth album, tentatively titled "Prayers Of The Decapitated". All drums and production duties were handled by Gus Rios (MALEVOLENT CREATION, RESURRECTION). The group said, "We will be shopping the new material to interested labels as we continue to finish the writing process with plans to release the album later in 2009."

The three songs that were recorded are as follows:

01. Serpents Among Us
02. In Dead Reflections
03. Prayer Of The Decapitated

Check out the track "Serpents Among Us" on the band's MySpace page.

WYKKED WYTCH's fourth album, "Memories of a Dying Whore", was released through the band's own label Perish Music. According to a press release, "Memories of a Dying Whore" was remixed by Eric Rachel (THE BLACK DAHLIA MURDER, ATREYU, GOD FORBID) at Trax East Studios and was mastered by Alan Douches (UNEARTH, MASTODON, SHADOWS FALL) at West West Side Music in New York. 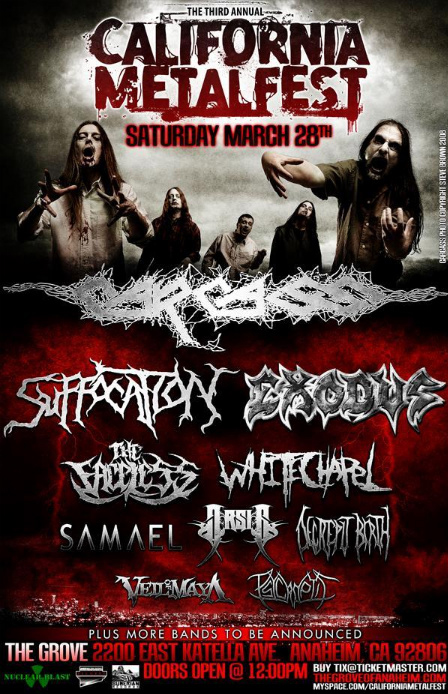