WOVENWAR guitarist Nick Hipa was interviewed on the August 15-17 edition of Full Metal Jackie's nationally syndicated radio show. You can now listen to the chat using the Podbean widget below.

The self-titled debut album from WOVENWAR, the new band featuring the talents of Jordan Mancino (drums), Nick Hipa (guitar), Phil Sgrosso (guitar) and Josh Gilbert (bass) of San Diego, California based metal act AS I LAY DYING, and Shane Blay (vocals) of OH, SLEEPER, sold around 7,000 copies in the United States in its first week of release to land at position No. 36 on The Billboard 200 chart. The CD was produced by Bill Stevenson (DESCENDENTS, BLACK FLAG) and mixed by Colin Richardson (SLIPKNOT, MACHINE HEAD, TRIVIUM).

The official video for the song titled "All Rise" can be seen below. The clip was filmed in Los Angeles with director Scott Hansen (Digital Thunderdome).

In a recent interview with The Weeklings, Hipa stated about tnew name of the new band: "The name is just something that we collectively settled on based on the idea that at our core, we're all the same.

"As human beings, there's a common thread that runs through us, and we have the spectrum of love and hate and everything in between; we're born exactly the same but as we age and go through life, certain parts of our character are cultivated, whether it's a belief system or whether it's a religious belief or a political belief, or prejudices or anything. Those are influenced by the people who are raising you or the environment you're reared in.

"You see so much bigotry, hatred violence and war, but they're all fabricated — they're not necessary, but they're just created.

"I think people lose sight of the fact that the human heart is the same in all of us and that's where the name comes from.

"We chose 'WOVENWAR' instead of 'WOVENHEARTS' or something like that because we had to go with the heavier-sounding one and that might sound superficial, but the idea is there.

"If you recognize that those things are all created, then you can choose to live a life in opposition to that."

Hipa also spoke about WOVENWAR's much more melodic vocal approach compared to that of AS I LAY DYING. He said: "It happened in a pretty natural way.

"When we were thinking of singers, we thought about who met our criteria who we'd want to be in a band with, almost immediately when Shane's name came up, that was it. There was no tryouts with other guys, or there was no, 'OK, he's an option, let's see who else is out there.' This is somebody that's been my friend that half of my life, and somebody that the guys knew and that they respected as a musician and who we were all comfortable with. It was like he was already one of us, and he's such a talented guy, so let's see what we can do with Shane.

"When you're in a band, you want to draw from everyone's strengths. In AS I LAY DYING, I think we made the made the best music we could with what everyone was awesome at and we're proud of that. With WOVENWAR, Shane's strength, apart from his guitar playing, which he doesn't do enough of on this record, is his voice. He's just got a great voice and what he does best is sing, and we love that about him and we wanted to explore that, so that's what we did. It worked out extremely naturally because we didn't ask him to do anything that he didn't feel comfortable doing. We'd say, 'Here's some music, what would you do with this?' and he'd come back with all these vocal melodies. Immediately Josh hears those and has all these harmony ideas, so you've got two singers making the vocal presentation something that, if you take away all of our past musical endeavors, on its own, we felt it was awesome and that's what we wanted to develop. The sound of the band, while extremely different, came about in a very natural sort of way in the sense of, this is what everyone does well." 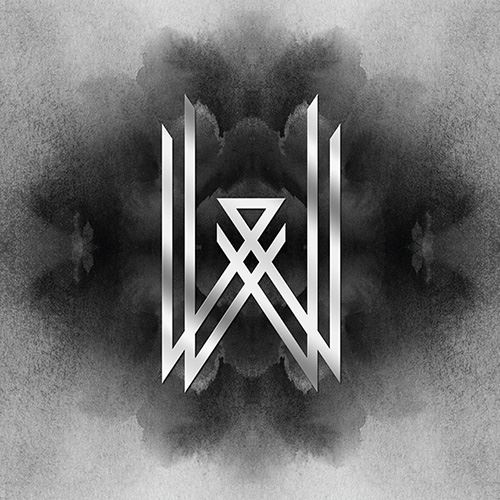