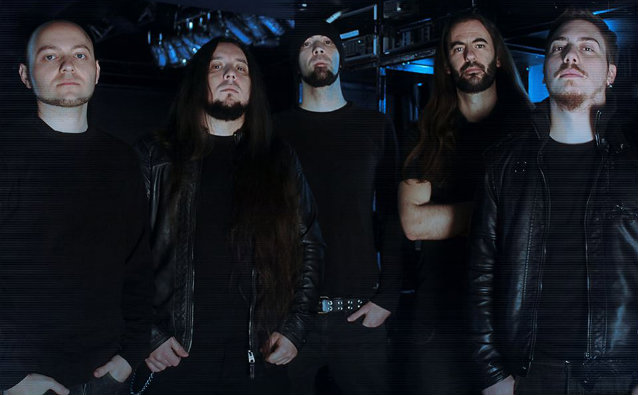 Season Of Mist has announced the signing of the sci-fi focused technical death metal masters WORMED.

The band issued the following statement about the new collaboration with Season Of Mist: "WORMED is really proud to announce the signing with the almighty label Season Of Mist, a label with some of the bands that have influenced us throughout these years! Being part of this label is a big step in our career!"

Commended for its "astronomically high mindfuck factor" by Decibel magazine, last year's "Exodromos" served as the prequel to "Planisphaerium" (originally released in 2003 in Japan then remastered last year by Willowtip), which centers itself around futuristic science concepts and chaotic visions of the last human left in the cosmos. The CD was recorded at Sadman Studios in Madrid, Spain and mastered by Mika Jussila (AMORPHIS, IMPALED NAZARENE, CHILDREN OF BODOM, NIGHTWISH) at Finnvox Studios in Helsinki, Finland.

Sophisticated, sharp and meticulously calculated, with "Exodromos" WORMED hurled a maniacal ambush of concentrated brutality and deep space delirium. Made of dissonant yet dynamic hyper-technical guitar traveling at breakneck speeds, the record offered up some of the band’s most technical and plainly obliterating material to date.