Jorge Fretes of Spain's GoetiaMedia.com recently conducted an interview with vocalist/guitarist Niklas "Viper" Stålvind of Swedish metallers WOLF. You can now listen to the chat in the YouTube clip below.

WOLF's video for the song "Shark Attack" was helmed by Owe Lingvall at Dreamday Media, who previously directed the band's videos for the songs "Absinthe", "Voodoo" and "I Will Kill Again". The group says: "We filled an old barn with lights, smoke, sweat and pure metal and almost burned it down."

"Shark Attack" is taken from WOLF's seventh studio album, "Devil Seed", which will be released on August 25 in Europe and on September 2 in North America via Century Media.

This time around, the wolves teamed up with Jens Bogren (KREATOR, PARADISE LOST, OPETH) at Fascination Street Studios in Örebro, Sweden to deliver not only a heavy-sounding release but also one chock-full of clarity and complexity. With cover artwork created once again by legendary designer Thomas Holm (MERCYFUL FATE, KING DIAMOND), all the elements are aligned for this fierce slab of pure heavy metal mayhem.

Comments WOLF guitarist Simon Johansson: "WOLF is back and once again we have worked with the amazing Thomas Holm for the album art. Thomas has a way of catching the feeling of an album and to put colors to our music. This time Niklas Stålvind also contributed to some drawings found in the booklet and the collaboration between the two of them turned out great.

"'Devil Seed' starts as an embryo and when you least aspect it you find yourself dancing with the Devil."

Fans will be pleased to hear that WOLF is not only still true to its musical ideal, but delivers a fresh and unique take on the sound that is their unmistakable trademark.

"I haven't been this pleased with the songs on a WOLF album since the release of 'Black Wings'," says Niklas Stalvind. "I really think we have taking our songwriting to the next level on this one and I hope that the metal fans will love it as much as we do."

WOLF in 2011 parted ways with guitarist Johannes "Axeman" Losbäck and replaced him with Simon Johansson (ABSTRAKT ALGEBRA, BIBLEBLACK, MEMORY GARDEN). Simon previously played with WOLF in 2009 when they supported W.A.S.P. for four shows. 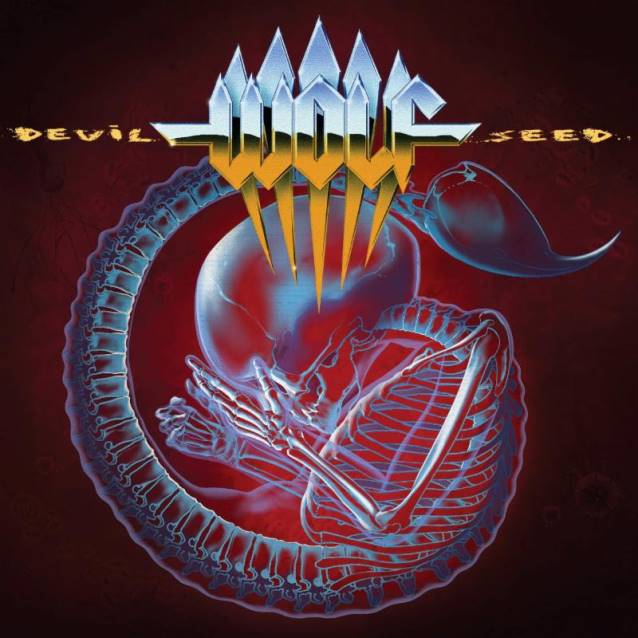