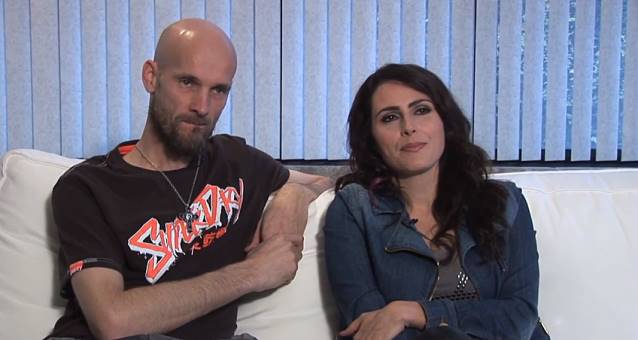 FaceCulture recently conducted an interview with vocalist Sharon den Adel and guitarist Robert Westerholt of Dutch symphonic rockers WITHIN TEMPTATION. You can now watch the chat below.

"Hydra" will be released in North America on February 4. The album will be available in several luxury formats. The cover artwork was created by Romano Molenaar ("X-Men", "Batman", "The Unforgiving").