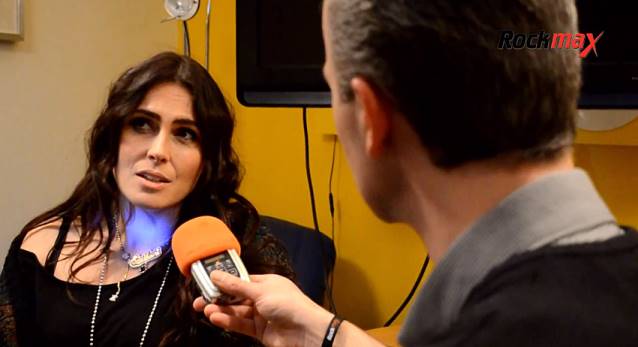 On February 10, Czech Republic's RockMax Radio conducted an interview with vocalist Sharon Den Adel of Dutch symphonic rockers WITHIN TEMPTATION. You can now watch the chat below.