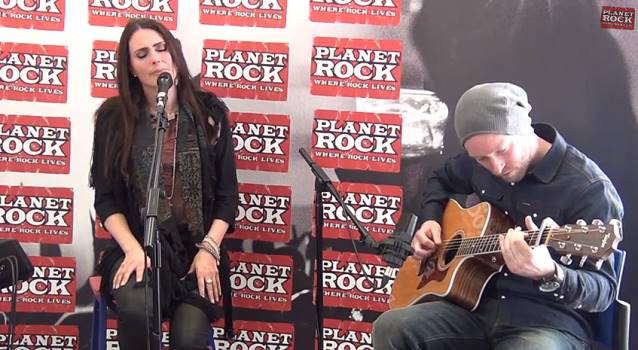 Video footage of WITHIN TEMPTATION's recent acoustic performance in the studios of the U.K. digital radio station Planet Rock can be seen below.