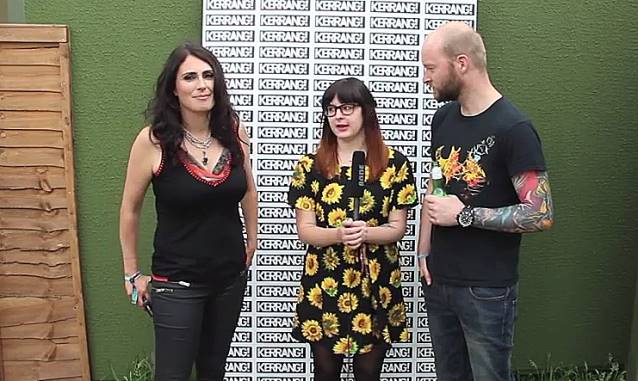 Kerrang! magazine conducted an interview with Dutch symphonic rockers WITHIN TEMPTATION at this year's Download festival, which is taking place June 13-15 at Donington Park in Leicestershire, United Kingdom. You can now watch the chat below.