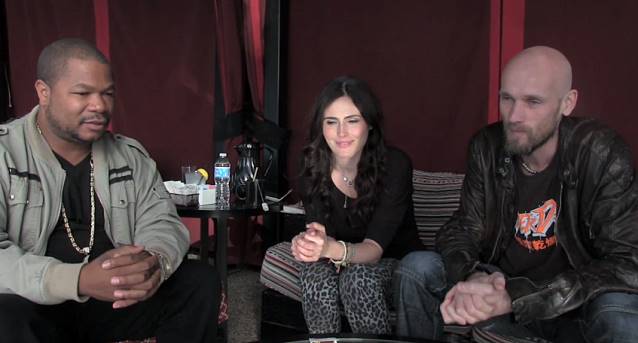 Part one of a new interview featuring Dutch female-fronted rockers WITHIN TEMPTATION and American rapper Xzibit can be seen below.

Xzibit makes a guest appearance in the track "And We Run" on the new WITHIN TEMPTATION album, "Hydra", which sold around 15,000 copies in the United States in its first week of release to debut at position No. 16 on The Billboard 200 chart.