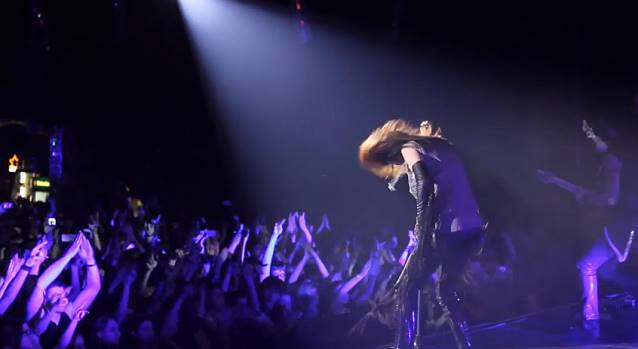 Dutch female-fronted symphonic metallers WITHIN TEMPTATION have uploaded the first episode in the "Hydra" tour video diary. Check it out below.