Yellow Ape Productions has announced the premiere of Jim Haggerty's "Witchmaster General", the new supernatural thriller starring Phil Lewis — lead singer of the legendary rock group L.A. GUNS. The movie will be released April 20 at a gala premiere at the Bellmore Theater in Long Island, New York — the night after L.A. GUNS rock Long Island playing their classic album "Cocked and Loaded" in its entirety at the Crazy Donkey in Farmingdale. Phil and many of the cast will be in attendance to see this exciting new movie in its big screen debut.

Lewis plays Dr. Gorgon, a charming but sinister witchdoctor who uses his evil powers — as well as his close personal relationship with Satan — to run a sort of "murder-for-hire" business. A tough-as-nails cop (Martino) and the county coroner (Bud Stafford of "Grave Danger") are hot on his trail, but are no match for the power he possesses or the evil he unleashes upon them.

"The film is a nice mix of great old-fashioned haunted house horror and all the sex, violence, and dark humor we've come to expect these days," says filmmaker Jim Haggerty of his fourth feature film. "It's kind of like an old Vincent Price movie on acid."

As a longtime fan of L.A. GUNS, Haggerty is extremely delighted to have the opportunity to work with one of his musical heroes. "I have always been such a fan of Phil in L.A. GUNS," he says. "He was — and really still is — such an exciting performer with such great charisma and talent on top of an amazing voice. He really was the right man for the job and it was an honor and a pleasure to work with him on this — I'm already writing the sequel!"

You can check out the trailer for the film below.

The premiere will take place at the Bellmore Movies at 222 Pettit Avenue in Bellmore, NY at 8:00 p.m and is open to the public. Admission is $10. The film is unrated, but does contain profanity, graphic violence, and nudity, so no one under 17 will be admitted. An after-party will take place at Willie McBride's one block away at 101 Bedford Avenue in Bellmore, NY. There will be free food, drink specials, and karaoke. Free admission to the after party with your ticket stub! 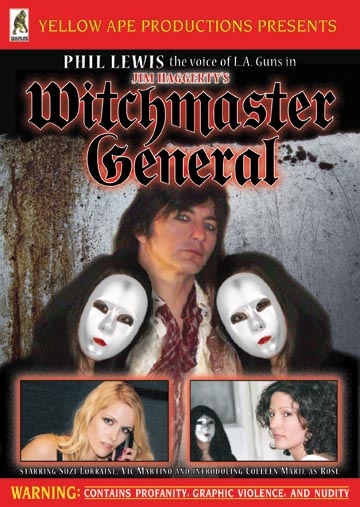