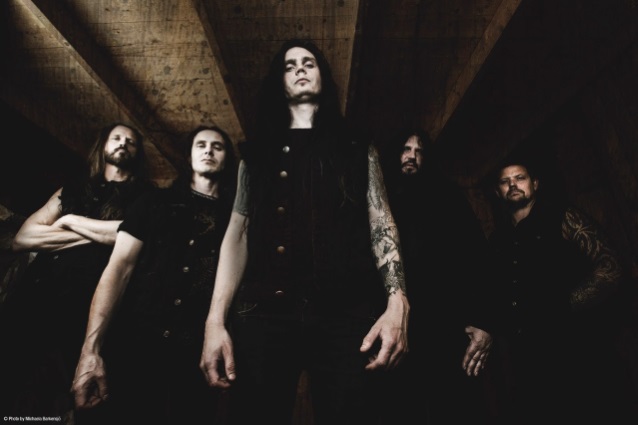 Metal Wani's Chuck Marshall recently conducted an interview with guitarist Patrik Jensen of Swedish thrashers WITCHERY. You can listen to the entire chat below. A few excerpts follow (transcribed by BLABBERMOUTH.NET).

On why WITCHERY established the goal of releasing their new "I Am Legion" studio album a year after their previous "In His Infernal Majesty's Service":

Patrik: "Historically, the band is over 20 years old. When we started out in '96, we were young and I guess naïve or so, but we said that we were going to put out two albums every year because that's what our old favorite bands did, like KISS and MOTÖRHEAD in the '70s. We said we're going to carry on that tradition. Then, around 2000, [Jensen's other band] THE HAUNTED took off and ARCH ENEMY [featuring WITCHERY bassist Sharlee D'Angelo] took off and our drummer [Martin Axenrot] joined OPETH and they're huge. There was just no time for us to get together and write and do albums anymore. Everything started to this four years, [2006], the next album ['Don't Fear The Reaper'], then it was 2010, 'Witchkrieg', then 2016, that was the twentieth anniversary [of the band]. I was thinking, 'Okay, we need to put out an album for that. I don't know if anyone is going to remember us.' So, we recorded an album for that. At least to us, people loved it. We were overwhelmed, but we were still not getting any offers to play festivals or tour or anything. I realized that people, they think there's going to be another six years until the next album comes and this is just a project band. That's why we want to make a point out of releasing it within one year. As soon as we announced we had another coming out, the offers started coming in. So that's the reason why we released them so close in time to each other."

On whether the "raw" production job found on "I Am Legion" was intentional:

Patrik: "It's very much a conscious decision because I've grown somewhat 'metal fatigue.' The newer productions that bands come out [with]. Everything sounds the same. Everyone is running the same plug-ins. All of this, 'I'm using this sample drum library. It sounds fantastic. [Famed METALLICA producer] Bob Rock did it, blah, blah.' Yeah, it sounds fantastic, but then everyone uses it. It gets boring, predictable. Also, if you play to a click, that means everyone, usually there's some driving force in a band like maybe, Malcolm Young would be the driving force in AC/DC and everyone plays around him or a drummer, so you get this unique band signature timing, but if everyone plays along to a click, that means that everyone has the same fifth or sixth member. There's always this guy that he or she is keeping the pace, which is the click track. And it just makes everything sound the same. WITCHERY has always made a point out of recording live. With this album, we went into the studio saying that 'We want the album to sound like old, natural drums.' I actually told [producer] Daniel Bergstrand that I wanted it to sound like VAN HALEN's drums on '1984', just something that people don't hear anymore these days. We are very happy with the outcome. It might be a silly word, but I want my metal to sound dangerous, like MOTÖRHEAD or something, old MOTÖRHEAD albums, you never knew what was going to happen. Maybe we're not as dirty and smelly as MOTÖRHEAD, but we still want to have that… you put on a WITCHERY album, we want to give the feeling that this band means business, that we love to play music. We try to create something, that's what we're trying to do."

On his reaction when fans refer to WITCHERY as "black metal":

Patrik: "I don't think it's entirely true, though, that said, black metal is a bit more forgiving than maybe thrash metal and [pure] heavy metal is. There's so much more you can do within the boundaries of black metal: atmospheric, or very lo-fi, orchestral, like DIMMU BORGIR. If you play thrash, it's mainly just thrash. If you play heavy metal, it's kind of IRON MAIDEN, JUDAS PRIEST. Black metal is pretty generous in that perspective that there's so many different ways of playing it. But, I wouldn't call us a black metal band because we do play a lot of heavy metal riffs, even, a lot of thrash riffs, of course, even death metal riffs. Actually, there's a song off 'In His Infernal Majesty's Service' that's called 'Zoroast' that almost has a rock opening, the chorus there. I don't know what to call what we play, which is a good thing, I guess."

"I Am Legion" was released on November 10 via Century Media Records. The album's initial CD pressing comes as a digipak with two bonus tracks: "Ragnarök" and "Apex Ghoul". "I Am Legion" is also available as 180-gram vinyl version on either black vinyl or limited colored runs on clear vinyl (100 copies via CM webshop) and transparent red vinyl (200 copies via CM Distro). 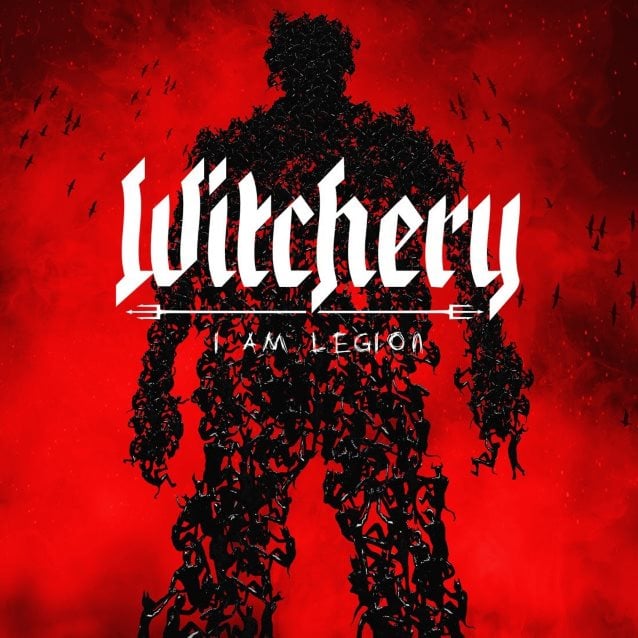