WINO, the new solo band of legendary guitarist/vocalist Scott "Wino" Weinrich (SAINT VITUS, THE OBSESSED, SPIRIT CARAVAN, PLACE OF SKULLS, THE HIDDEN HAND), will make its live debut on Saturday, February 7 at the 9:30 Club in Washington, D.C. The group will consist of Jean Paul Gaster (CLUTCH, THE BAKERTON GROUP) on drums, Jon Blank (REZIN) on bass, and, of course, Weinrich on guitar and vocals. Support will come from KING GIANT and SALOME.

After the demise of his last group, THE HIDDEN HAND, Wino did not rest. With newfound energy, he completed the writing of many new songs and decided to enlist the help of some friends to help realize his new musical vision. The idea was not to start a new power trio with a new name as before. This time it was about finding players who would help realize his songs the way he wanted them. This more "Wino"- focused direction was fleshed out with the help of two amazing musicians: Jean Paul Gaster and Jon Blank.

"Punctuated Equilibrium" was recorded by J. Robbins who has worked extensively with both THE HIDDEN HAND and CLUTCH in the past.

The album comes with amazing original artwork by David D'Andrea and contains extensive liner notes from Wino himself that explicitly describe the origin and concept of each track. An excerpt reads as follows: "This is the culmination of a very old dream, one that has come true in many different ways. One of the main things I have learned is how I understand 'success.' To me, it's not all riches and glory so much as the impact on others lives. My main philosophy that guides me is that I was given a gift, a musical gift which I use to bring happiness to others. It is also important not to overlook your own needs, but putting yourself in the other person's shoes is to me most important! 'Punctuated Equilibrium' is how my personality has been described, as told in the lyrics." 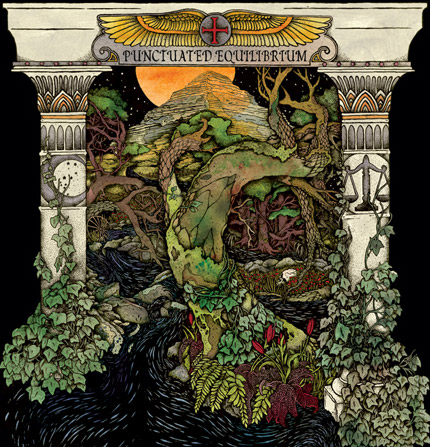