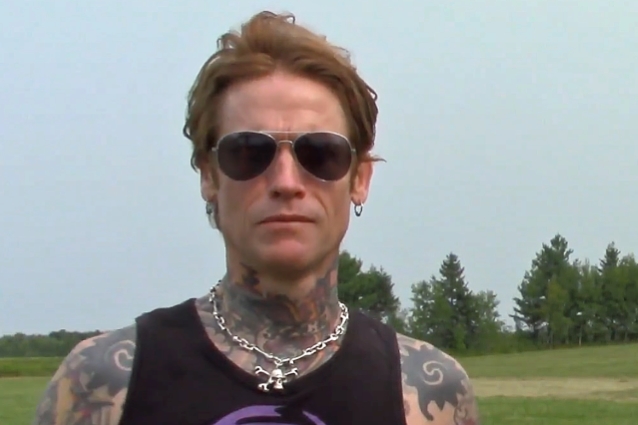 In a brand new interview with the Rock 94.7 radio station, BUCKCHERRY frontman Josh Todd was asked if he sees himself one day wanting to write a book, either an autobiography or a fictional story. "I do, but I would really have to be honest," he responded (see video below). "I'm a firm believer on just not living in the past. So I don't wanna hurt people's feelings. And it's very hard to be honest and not tell it how it is, at least from my point of view. And so I don't know if I could really do that without it being… I would like to write a story about, like, maybe… in a general sense, about my childhood and make it into some kind of episodic television series. That'd be cool."

BUCKCHERRY is scheduled to enter a Californian studio this fall to begin record its new album for an early 2019 release. The follow-up to 2015's "Rock 'N' Roll" will mark the band's first release since the departures of guitarist Keith Nelson and drummer Xavier Muriel and addition of Sean Winchester and Kevin Roentgen, respectively.

Last year, Todd told the "Rock Talk With Mitch Lafon" podcast that he "was kind of blindsided" by Nelson and Muriel's decision to leave BUCKCHERRY. He also claimed that for the last three years of the previous lineup's existence, "there was no collective thought" and BUCKCHERRY "just wasn't a band."