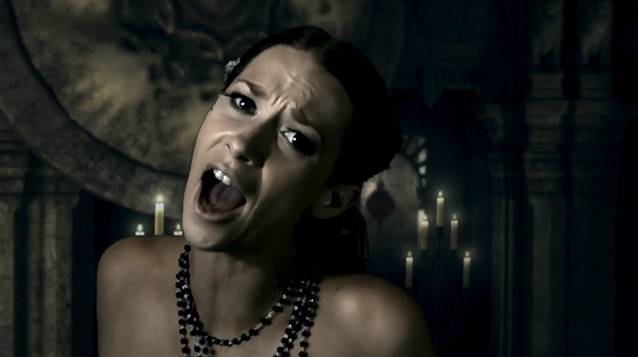 "Dancing With Lucifer", the new video from French symphonic/gothic metallers WHYZDOM, can be seen below. This special version of the song, which is taken from the band's latest album, "Blind?", features WHYZDOM's new frontwoman Marie Rouyer, who joined the group a few months after the album's release, and who has been touring with them through Europe since early 2013. With her wide range, her flawless technical abilities (from rock to lyrical and even extreme vocals), as well as her theatrical presence, she gives a new edge to WHYZDOM music. The video, inspired by Goethe's Faust character, was shot with the assistance of Les Créations Vultus and X-Nihilo Design (France).

WHYZDOM, known for its signature approach to symphonic metal which features intricate orchestral parts (including all the subtleties of strings, winds, brass, classical percussions, piano, harp etc.) and a real choir with the power of heavy metal, released "Blind?" in 2012 and is putting the finishing touches on a new album, to be released later in the year via Scarlet Records.

Rouyer made her live debut with WHYZDOM on March 8, 2013 at the Night Of The Beauties festival in Herdorf (near Siegen), Germany.

"Blind?" was released on October 30, 2012 via Scarlet Records. The CD was produced by Vynce Leff, recorded and mixed in Paris at Powermania Studio and mastered by Mathieu Gillon and Vynce Leff at 120dB Studio. The stunning artwork was a collaboration between X-Nihilo Design, Les Créations Vultus and Florent Cuaz.

WHYZDOM's debut album, "From The Brink Of Infinity", came out in September 2009 via Ascendance Records. 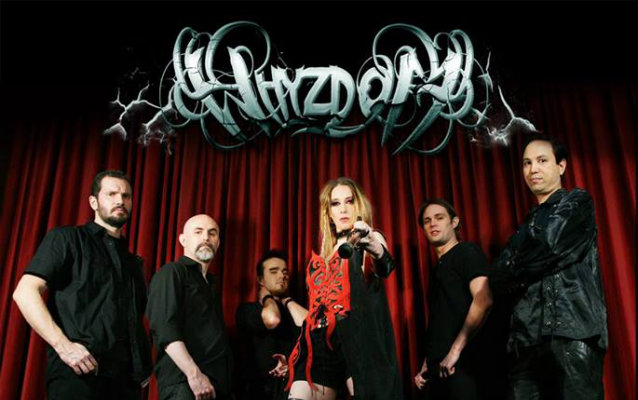