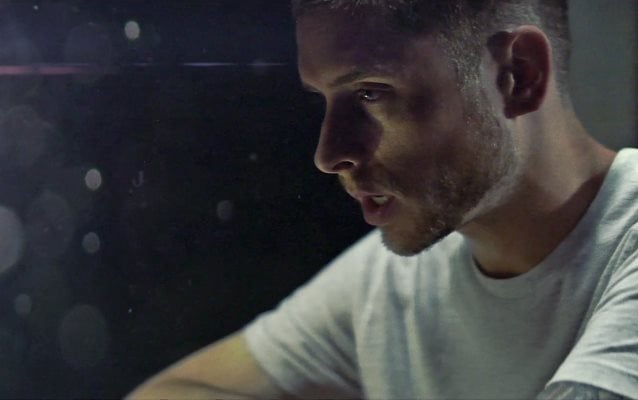 "Bring Me Home", the new video from Knoxville, Tennessee death metallers WHITECHAPEL, can be seen below. The song is taken from the band's sixth full-length album, "Mark Of The Blade", which was released on June 24 via Metal Blade Records.

WHITECHAPEL singer Phil Bozeman stated about the "Bring Me Home" clip: "This video means more to me than any video we've ever done. It portrays my struggle through dealing with my dad's death at the age of 10. The shots of me show me at my darkest moments. Suicidal thoughts, suicide note and feeling alone. The atmosphere of the room we shot this is nailed exactly how I was feeling at the time. Dark, depressed and suicidal. The shots of the man and young boy portray my bond I had with my dad and how devastated I was when he left. They are presented to be in a dream-like state of me remembering him. The last shot is from my dad and mom's actual gravesite. It's really awesome to have that authenticity to the video. The final scene is showing that I came out of it alive but no matter what, I will push forward and not give up."

Reunited with producer Mark Lewis (THE BLACK DAHLIA MURDER, CANNIBAL CORPSE), WHITECHAPEL has redefined who they are and what they are capable of with "Mark Of The Blade". Kicking off with "The Void" — which has a SLAYER-esque ferocity that is perfectly suited to the band's three-guitar attack — the songs that follow all leave a distinct impression, and by the time the rich, dark melodies on "Decennium" bring the record to a close, it's impossible to deny the emotional weight brought to bear. "It's the most dynamic record we've done, in the sense that one song can be very aggressive while the next one will be softer and sentimental," WHITECHAPEL guitarist Alex Wade asserts. "At this point in our career and as we grow older, we are taking a more open-minded approach to creating our music, allowing what we think sounds good to evolve naturally, rather than to just write what is expected of us."

WHITECHAPEL is preparing to fly over to Europe to launch the "Impericon Never Say Die! Tour 2016", a three-week-plus run through 13 countries. 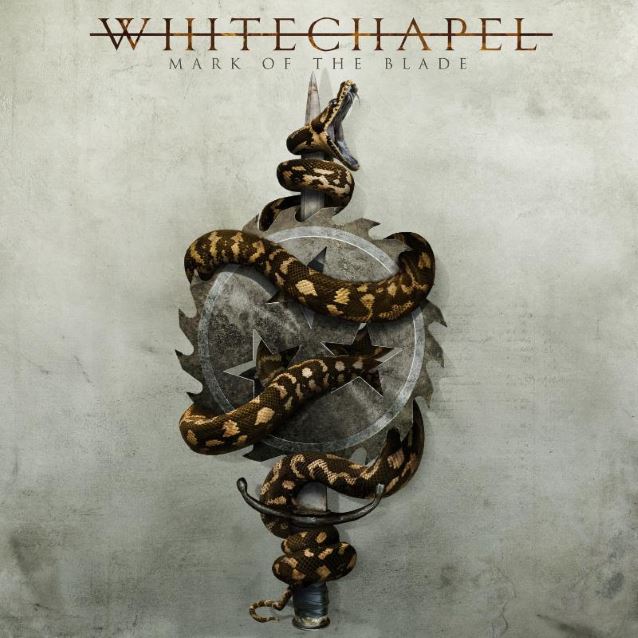