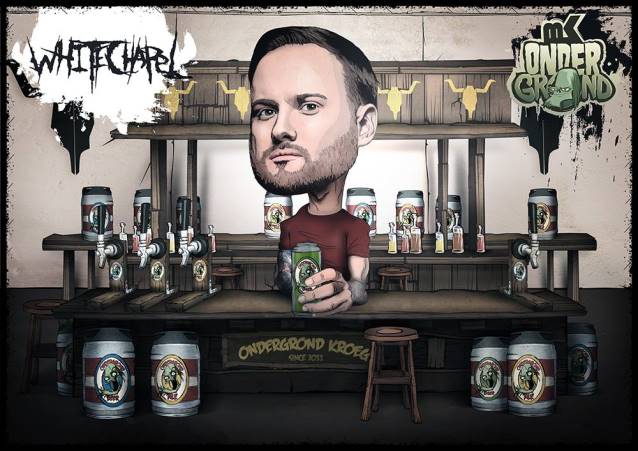 "MK Ondergrond" (meaning "Underground" in Afrikaans) conducted an interview with guitarist Alex Wade of Knoxville, Tennessee death metallers WHITECHAPEL at this year's Wacken Open Air festival, which was held August 1-3 in Wacken, Germany. You can now watch the chat below.