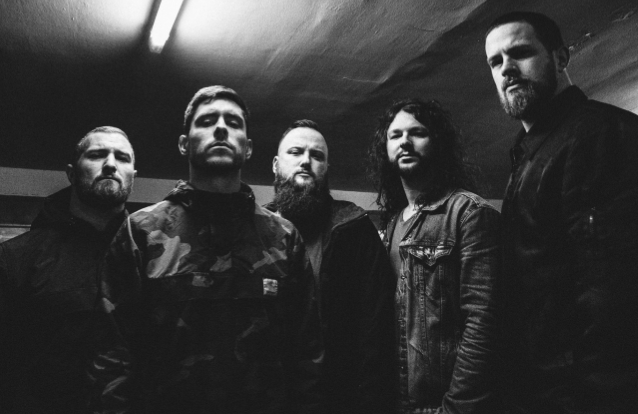 This spring, Knoxville, Tennessee death metallers WHITECHAPEL will co-headline the 2019 edition of the "Chaos & Carnage" U.S. tour with DYING FETUS. Support on the trek will come from REVOCATION, FALLUJAH, SPITE, UNCURED and BURIED ABOVE GROUND. Tickets can be purchased at chaosandcarnage.com. See all confirmed dates below.

"We are very excited to be a part of the 'Chaos & Carnage' tour this year," WHITECHAPEL said in a statement. "DYING FETUS has been a band we have grown up listening to and has influenced our sound over the years. We are grateful for the opportunity to shred the U.S. co-headlining with them."

WHITECHAPEL will release its seventh full-length album, "The Valley", on March 29 via Metal Blade Records. 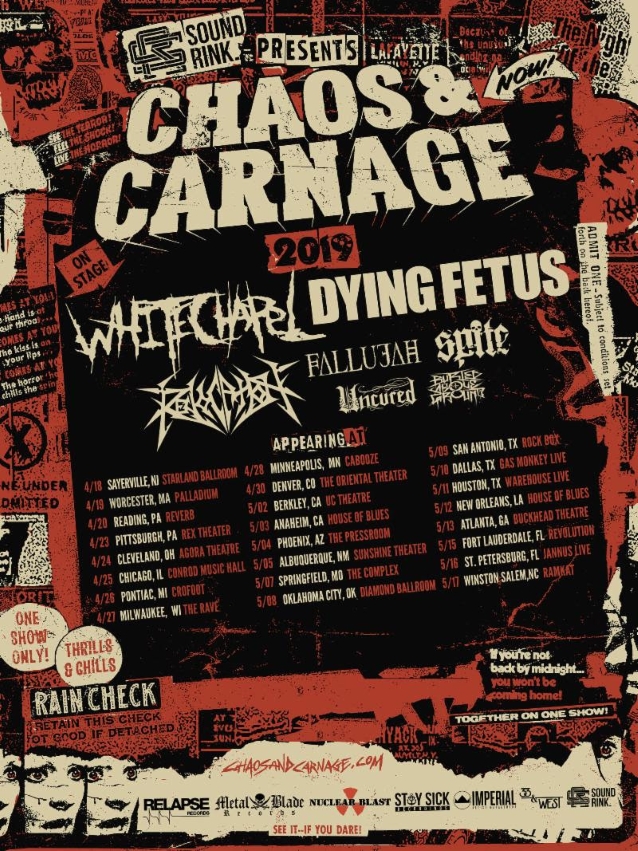