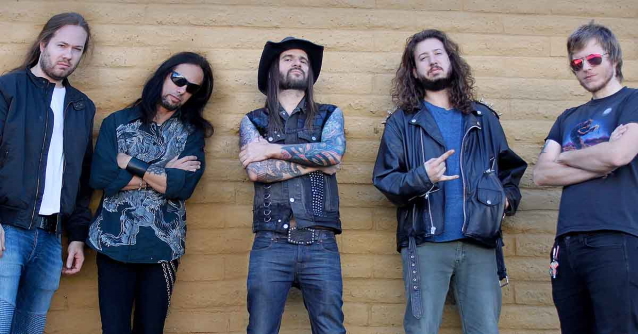 Acclaimed U.S. metal traditionalists WHITE WIZZARD have announced their first release of new music in three years. The group's new single, "Viral Insanity", will be released digitally through M-Theory Audio (and in Japan via Trooper Music) on March 24. The song — which sees band founder and bassist Jon Leon joined once again by guitarists James LaRue and Will Wallner — is the first WHITE WIZZARD recording to feature new drummer Jonathan Brown, a longtime fan of the band. Vocal duties for this single, meanwhile, were handled by respected heavy metal veteran Mark Boals (YNGWIE MALMSTEEN, DIO DISCIPLES, ROYAL HUNT, RING OF FIRE).

"As a kid, Yngwie Malmsteen's 'Trilogy' album was my favorite, and I always thought the vocals and songs on that album were some of the best ever in heavy metal," says Leon. "I wrote a song called 'Viral Insanity' after COVID-19 hit, and one thing led to another and I was put in touch with Mark. I felt the song was perfect for his voice. We all tracked at home, and I sent him my demos and he nailed it. Will and James just kill the leads, and it was a fun quarantine collaboration for us to do with a musical icon and hero of ours. We hope you enjoy it! We have much more to come in 2021 and beyond. Rock on and stay safe."

WHITE WIZZARD has flown the flag high for traditional heavy metal since 2007, generating four full-length albums of melodic metal headbangers that are loaded with fast riffs and catchy choruses. The group's most recent full-length, 2018's "Infernal Overdrive", received positive reviews, with critics recognizing a band that was firing on all cylinders with inspiration from an expanded array of influences such as RUSH, LED ZEPPELIN and METALLICA being seamlessly integrated into their existing blueprint.

The current lineup of WHITE WIZZARD was provided an extra injection of guitar greatness by the 2019 return of Wallner — who played on the group's 2013 record "The Devil's Cut" — to the fold, rejoining Leon and fellow guitarist LaRue. "Viral Insanity" also features a standout drumming effort from new member Brown and a vocal performance that reinforces why Boals has been a respected great in the genre for four decades.

More info on WHITE WIZZARD's plans for 2021 will be revealed in the weeks to come. 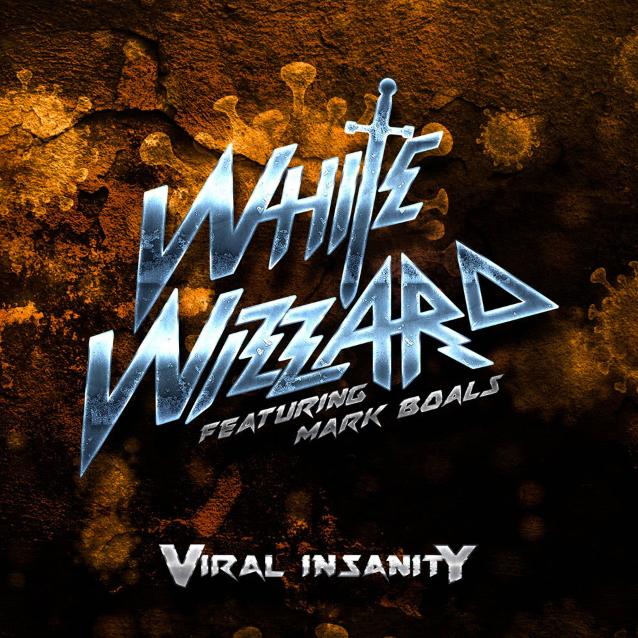