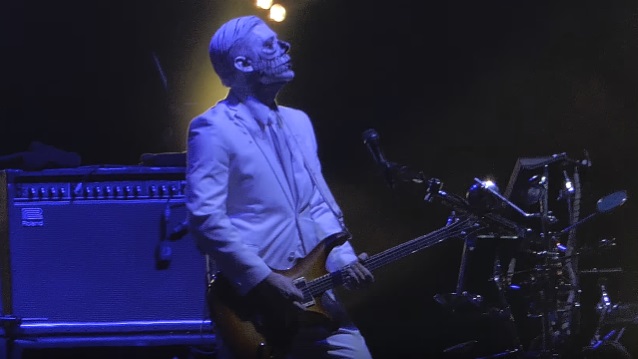 Metal Wani recently conducted an interview with LIMP BIZKIT guitarist Wes Borland. You can now listen to the chat below.

Asked for his recollection of LINKIN PARK singer Chester Bennington, who passed away this past summer, Borland said: "I only met him two times in my life. I only met him twice in passing. We played one show together where I remember talking to him and talking to all those guys. And then I ended up seeing him at a store in a mall somewhere one time. And it was just, like, 'Oh, hey, man, how's it going?' And those were the two times I ever was around him. So, I don't know. I've heard he was a really troubled guy; I didn't know that about him. I didn't really know anything about him. And it's terrible that people get to a place where they feel like they need to end their lives."

Bennington died on July 20 at his Los Angeles area home after committing suicide at the age of 41. Autopsy results revealed that he had a small amount of alcohol in his system when he died. But the report also noted that the singer was not under the influence of any drugs at the time of his death.