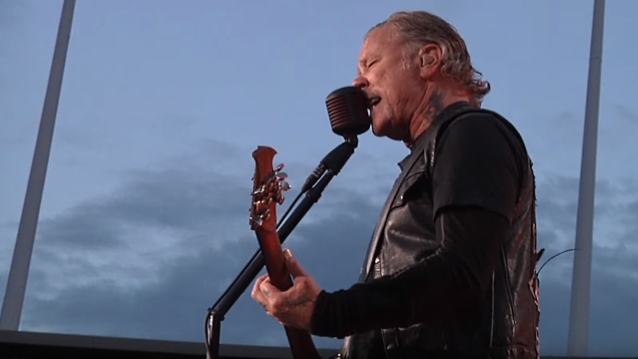 According to Aftonbladet, a Swedish municipal company has come under fire for allowing Sweden's 7-year-old Princess Estelle to attend METALLICA's concert in Gothenburg.

Got Event, the company that runs the Ullevi stadium, has been criticized for letting the daughter of Crown Princess Victoria and Crown Prince Daniel into a special space to watch last night's (Tuesday, July 9) show with her parents.

Concert promoter Live Nation states on its web site that the age limit of 13 years applies to comply with the Public Health Authority's general advice and to protect the hearing in children. For concerts where children under 13 are admitted, the sound must not exceed 97 decibels in average and the maximum volume must not be higher than 110 decibels. For concerts with a 13-year limit, the average volume should not exceed 100 decibels and the peaks must be no higher than 115 decibels.

Ullevi has no exception rules for the space where Estelle stayed during the METALLICA concert.

"There is no permission from our side," said Yusra Moshtat, environmental inspector at the city of Gothenburg. "We cannot say today whether the sound has been too loud or low enough. We have requested information from Got Event about the current spaces used so that we can assess the sound there. We will require that they return to us and based on the information we do, we will assess whether it is okay or not… We will look at the room tomorrow, me and my colleague and make an assessment. Based on the answers we can say if the sound level is not or not."

Live Nation has said that the space from which Estelle watched the concert is a "controlled environment where the sound level is below the recommendation."

"We do not target the organizer, but we believe that the arena company Got Event is responsible," Moshtat said. "But then the question is how [Live Nation] knows this. Have they made a measurement? How did they do it? There is no permission from our site regarding these rooms. We do not grant permission in this way."

The Ullevi concert was part of the summer 2019 European leg of METALLICA's "WorldWired" tour, which will conclude on August 25 in Mannheim, Germany. 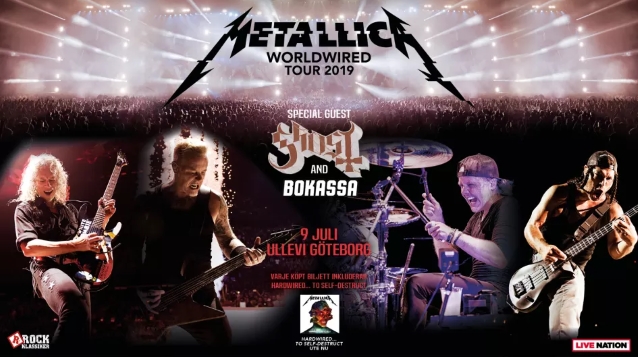