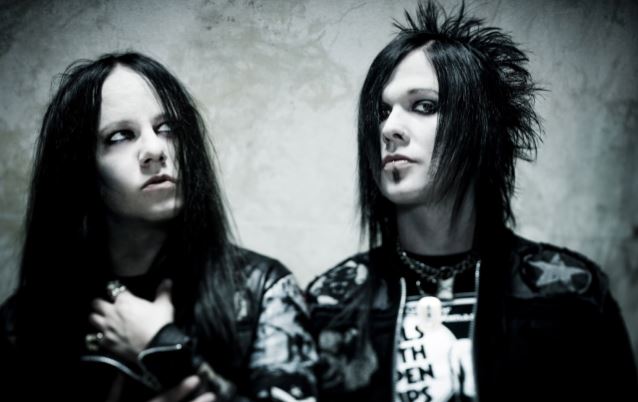 During a brand new interview with Sticks For Stones, Wednesday 13 was once again asked about the current status of MURDERDOLLS, his one-time project with former SLIPKNOT drummer Joey Jordison. He responded: "It's no secret. I've told everybody. It's kind of public knowledge; at least I think it's public knowledge…. The last time that any of us from the last lineup of MURDERDOLS, which is most of my band now, which was my band prior to MURDERDOLLS, the last show we did was five years ago in April this year, and we played, and that was the last time that any of us spoke to [Joey]. And then all the SLIPKNOT stuff happened and that [broke down the] communication [between us] even further. So, yeah, there's nothing going on at all."

Wednesday 13, however, stopped short of saying that there will never be another MURDERDOLLS album. He said: "I don't know. I mean, honestly, when that second album happened, I'd said for years it was never gonna happen and it did. So to say that another one would never happen would be silly, but, at the moment, there is nothing at all, not even a rumble."

He continued: "I always tell people when I hear, 'What's the current status of MURDERDOLLS?' And I always say, 'Watch the 'Nowhere' video, the last video we put out,' and in the video we're in a car and we fall off a cliff. That's a good indication of where we are. Did we die? Was there an explosion? We don't know. To be continued."

MURDERDOLLS issued its sophomore album, "Women And Children Last", in August 2010 via Roadrunner Records. The CD, which was recorded at a studio in Hollywood Hills, California with producer Chris "Zeuss" Harris (HATEBREED, SHADOWS FALL, 3 INCHES OF BLOOD), sold 8,600 copies in the United States in its first week of release to debut at position No. 43 on The Billboard 200 chart.

In an interview with the Classic 21 radio station at the 2013 edition of the Graspop Metal Meeting, Jordison — who played guitar for MURDERDOLLS — was asked if the band had officially come to an end. "Yeah. We're not doing anymore records," Joey replied. He elaborated in a separate interview with Metal Insider: "Nothing really happened [to cause the end of the MURDERDOLLS]. I really loved the last MURDERDOLLS record ['Women And Children Last']. It's just that, for me personally, I had enough of it, you know? I mean, it was fun but it's not where my heart lies in music. I lie more with drums and the more heavy and darker aspects of music. I need to push myself in different areas and I can't rely on the MURDERDOLLS to satisfy me artistically."