Wednesday 13, who mixes punk rock and metal with kitschy horror imagery and who is formerly one half of the MURDERDOLLS braintrust, has announced the second leg of headlining dates supporting his latest critically acclaimed album "Condolences".

Says Wednesday 13: "We are excited to continue our 'Condolences Across America' tour to the East Coast of the USA. We have been having a blast with our new stage show and playing the new songs live. Looking forward to seeing everyone at the shows."

Support on the WEDNESDAY 13 tour will come from EYES SET TO KILL and REPULSUR.

"Condolences" was released on June 2 via Nuclear Blast Entertainment. The follow-up to 2015's "Monsters Of The Universe" was produced by Chris "Zeuss" Harris, who previously worked with Wednesday 13 and guitarist Roman Surman on the 2010 MURDERDOLLS album "Women & Children Last". The artwork was created by Travis Smith (OPETH, KATATONIA, NEVERMORE). 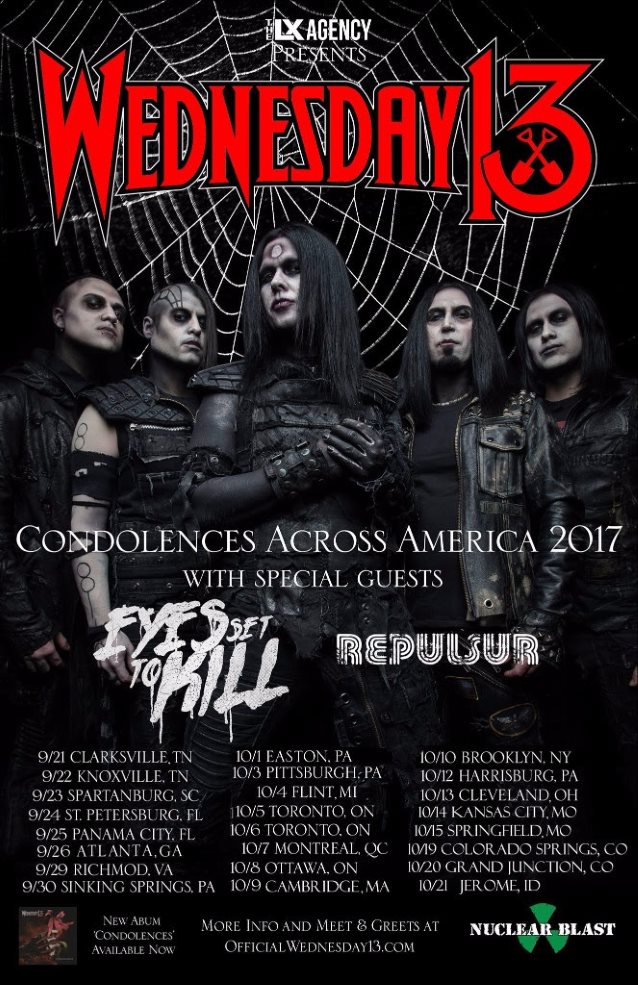