Fan-filmed video footage of W.A.S.P. 's December 1 performance at Forcefest in Mexico City can be seen below.

W.A.S.P. said in a statement: "The first self-titled album, that in some countries was called 'Winged Assassins', featuring songs from that now classic record, 'I Wanna Be Somebody' and 'L.O.V.E. Machine', to the second album, 'The Last Command', along with 'Inside The Electric Circus', to the iconic masterpiece 'The Headless Children'. These hits from the first four albums have never been performed together, 'Live', as they will be in this most special show, and will NEVER BE REPEATED EVER AGAIN!! So join us, as we take you back… to where it all started."

In February 2018, Napalm Records released "ReIdolized (The Soundtrack To 'The Crimson Idol')", the 25th-anniversary version of W.A.S.P.'s iconic hit album. 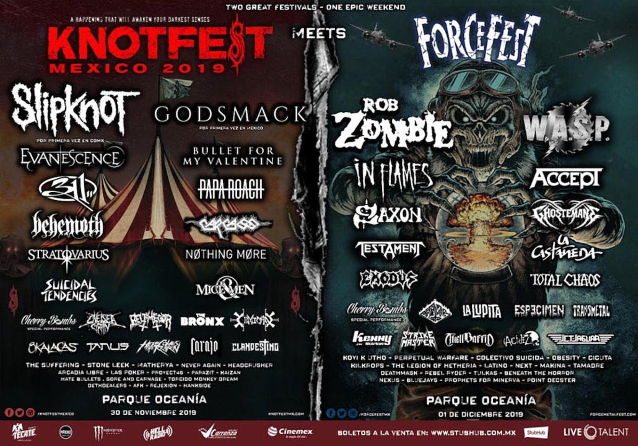