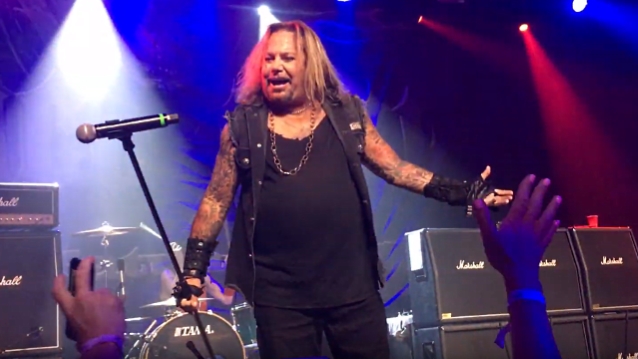 MÖTLEY CRÜE singer Vince Neil performed with his solo band on May 11 in Ridgefield, Washington. Fan-filmed video footage of the concert can be seen below (courtesy of YouTube user S Backroader21).