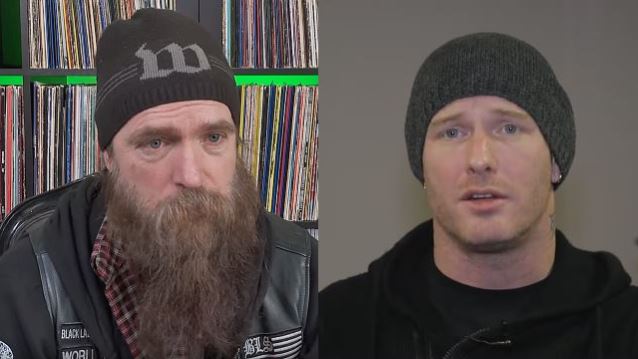 Zakk Wylde (BLACK LABEL SOCIETY, OZZY OSBOURNE) has released an all-new video for the track "Sleeping Dogs", featuring a guest appearance on vocals by SLIPKNOT and STONE SOUR singer Corey Taylor. The song is featured on Zakk's "Book Of Shadows II" album, which was released in April via Entertainment One Music (eOne Music).

Asked why he doesn't appear on the first radio version of "Sleeping Dogs", Corey recently told the WRIF radio station: "It was weird. 'Cause they wanted to go with it as a single, and my record company, my record label, was worried about them going right away, because they didn't want it to clash with one of my songs. It's so stupid, the politics, man. I was, like, 'C'mon! It's a killer tune!' If it wasn't, I wouldn't have done it, especially being friends with Zakk. So it was just one of those things where they kind of had to hold it back. They did a version without me that… it was actually the one that I heard, that Zakk sent to me. He was just, like, 'I want you to sing on that.' I was, like, 'Yeah! Goddamn it!' So, either way, it sounds great. It's such a great song. And it really represents everything about him that you love, especially that tune. It's got that somber, almost like an ALLMAN BROTHERS vibe to it. And plus, he's just shredding like crazy. And he's such a great singer, too, so it was really cool to be on that."

Taylor also talked about his Zakk collaboration in a separate interview with WZOR. He said: "It's something that we've been threatening to do for a long time. [Zakk] and I go way, way back — like 2001 is when we really started to become friends. And over the years, we've both been through some serious stuff, and we've landed on the other side of it, and it's just gotten better and better. So when he hit me up, he was just, like, 'I've got this tune. I think it'd really be great [for you] to be a part of it.' And I was, like, 'Absolutely.' 'Cause I've always wanted to do something with him. I love his guitar playing. I love the fact that he's got one foot in the greasy heavy metal and also another foot in his love for just that southern rock roots. And I'm the way; that's a part of the stuff that I grew up listening to. And it was perfect. That song was so good, and it was something that I'd never really done before, and I was just, like, 'I could really get into that.' And that's why I love doing tunes like that that are so left of what people would expect from me. And, honestly, that's the only reason I do guest spots — if it's different. Plus it was Zakk, and it was just fun."

Zakk's first solo release in 20 years, "Book Of Shadows II" was the follow-up to 1996's "Book Of Shadows", a classic album Wylde released between his work with Ozzy Osbourne that has since become a fan favorite. 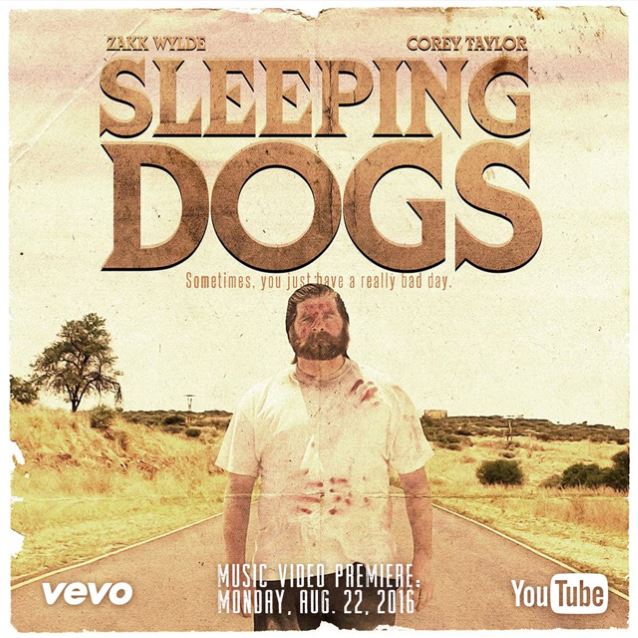