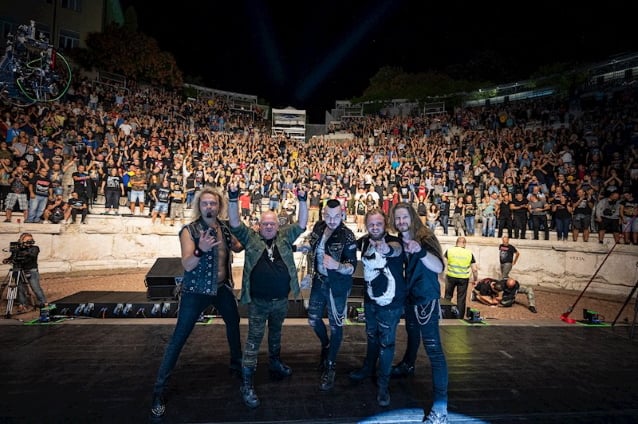 Last year forced many to face tough challenges, but U.D.O. managed to play a great show on September 18, 2020 under pandemic conditions in front of 2,500 fans at the Roman Amphitheatre in Plovdiv, Bulgaria, making it not only one of the world's grandest shows under coronavirus, but also certainly beyond compare. This is exactly the feeling that the live recording captures.

The mood and emotions captured on the live DVD can barely be put into words. It is the only concert that U.D.O. played in 2020 and is an impressive example of what, with a huge amount of effort and planning, can actually be done during the pandemic. For decades, U.D.O. was renowned for playing up to 200 shows worldwide every year but in 2020, they too have been brought to a standstill.

Up until a few days before the concert in Plovdiv, it was not clear whether it could take place at all. Could the necessary hygiene regime be implemented? Could the band, whose musicians live in four different countries, even enter Germany? What would it be like, after more than nine months since the musicians had seen each other (by far the longest time since the band's existence) to be back on stage together?

"It felt more than strange not seeing my fellow musicians for so long and not playing with them," says Udo. "Normal is exactly the largest part of my life. It was suddenly switched off. The interpersonal relationships, sitting together, everything that you share with your colleagues away from the stage, suddenly disappeared."

When, after all the trials and tribulations in Plovdiv, the band finally took the stage, a never-ending wave of euphoria from the audience swelled towards them, leading everything to feel a little unreal. "We just felt goose bumps," says Udo. "You could tell by the people that they could hardly believe they were finally going to see a concert again. The mood that emanated from each one of them and us gave us all an incredible boost. None of us have ever experienced anything like this before."

The setlist this evening was also unique. In addition to songs that were performed during the "Steelfactory" tour, there were a number of tracks that had rarely been played live, and because the situation was extra special, U.D.O. delighted the audience by playing some ACCEPT hits.

"Live in Bulgaria 2020 - Pandemic Survival Show" will be made available as a CD/DVD, Blue-ray/CD and limited vinyl (audio only). 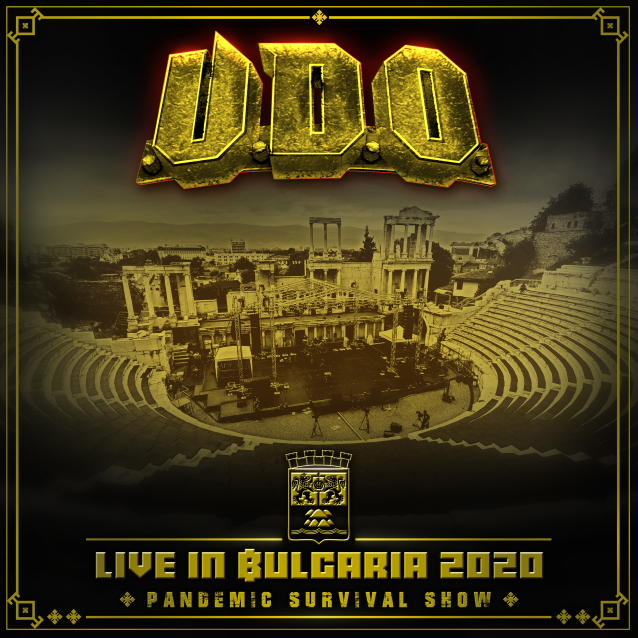