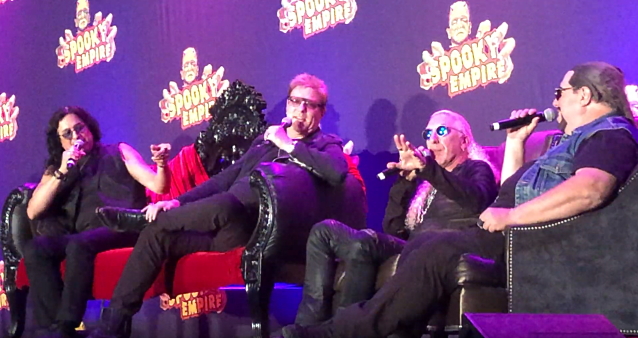 TWISTED SISTER reunited for two days and nights earlier this month to celebrate the 35th anniversary of the band's classic album "Stay Hungry".

Dee Snider, Jay Jay French, Eddie Ojeda and Mark "The Animal" Mendoza were together again at the Spooky Empire horror-themed convention in Tampa, Florida for a very exclusive, one-time-only gathering.

All four members signed autographs for fans on Friday, November 1 and Saturday, November 2. They also took part in a question-and-answer session, video footage of which can be seen below.

A limited-edition TWISTED SISTER commemorative "Stay Hungry" 35th-anniversary coin was made available at the show.

In a 2018 interview with SiriusXM, Snider said that it was "absolutely" the right decision to pull the plug on TWISTED SISTER three years ago. "I mean, I love the guys; we're all friends, and we ended on a really great note," he said.

"Honestly, I can't do today what I did at the last TWISTED SISTER show — physically," he explained. "I'm not getting any younger, and stuff is deteriorating, things are deteriorating, and there's things that I knew… I was thrashing like a lunatic, throwing my body on the ground, and I said, 'I can't go much longer.'

The 25th-anniversary edition of "Stay Hungry" came out in June 2009 via Rhino. The set featured loads of bonus material, including one brand new track, "30", that the band recorded specifically for the anniversary reissue. 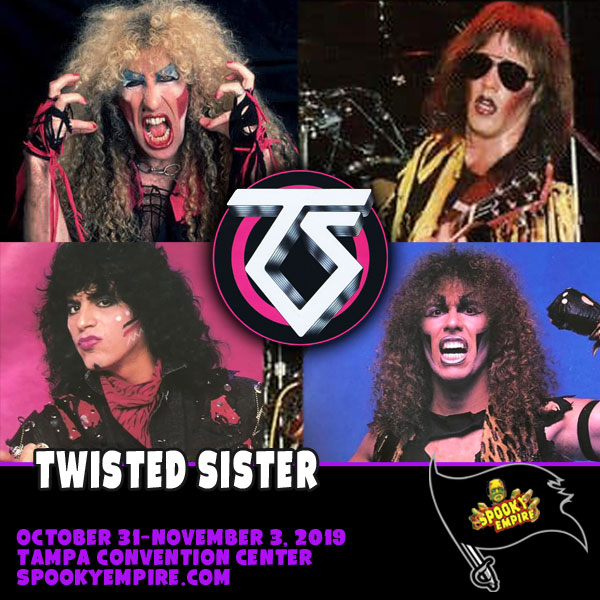