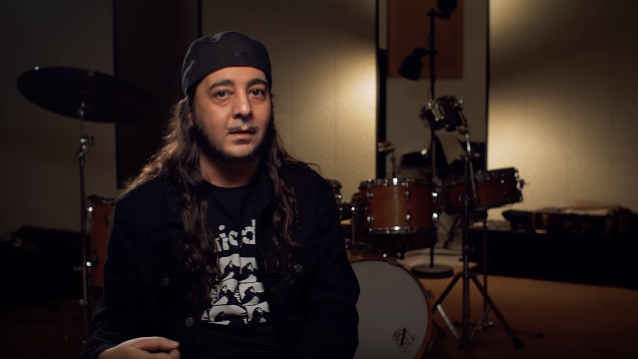 The latest episode of Ernie Ball's "String Theory" featuring SYSTEM OF A DOWN and SCARS ON BROADWAY guitarist/vocalist Daron Malakian, can be seen below.

The episode sees Malakian discussing his love of music, his approach to songwriting and guitar, and sees him playing song parts from SYSTEM OF A DOWN songs "Aerials", "Toxicity", "Lost In Hollywood", "Suite Pee" and "Chop Suey" as well as SCARS ON BROADWAY's "Guns Are Loaded", "Universe" and "Angry Guru".

Earlier this year, Malakian and SCARS ON BROADWAY released "Dictator", which saw him write, produce and play every instrument — including all vocals — over the course of a 10-day recording session. The album's cover art was created by Daron's father, Vartan Malakian.

SYSTEM OF A DOWN has been stalled in its attempts to record a follow-up to its "Mezmerize" and "Hypnotize" albums, which came out in 2005.

This past summer, Malakian accused singer Serj Tankian in an interview of not wanting to record, with Tankian responding that creative and financial issues with Malakian led to the stalemate. In a message on Facebook, Tankian wrote that Malakian wanted to control SYSTEM's creative process, take more of the publishing money and be the only band member to speak to the press.