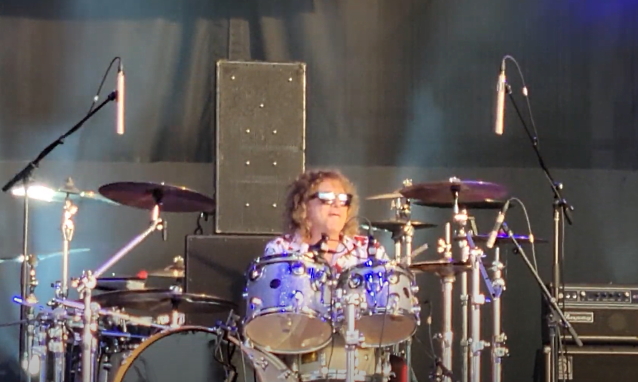 Video footage of Steven Adler's September 11 performance at the Rocktember Music Festival in Hinckley, Minnesota can be seen below. Joining the former GUNS N' ROSES drummer in his group are Ariel Kamin, the singer of Argentinian GN'R tribute band SON OF A GUN, plus guitarists Michael Thomas and Alistair James, and bassist Todd Kerns (filling in for Tanya O Callaghan).

In February 2017, Adler revealed that he was originally supposed to appear at more than just a handful of shows on the GUNS N' ROSES reunion trek. He claimed that he expected to play all the "Appetite For Destruction" material during the entire tour, only to be told he was out after he hurt his back during rehearsals.