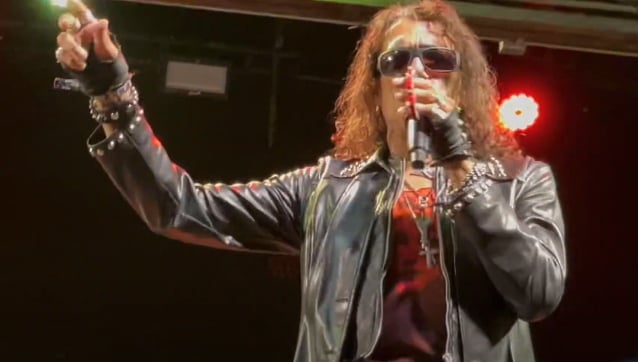 RATT singer Stephen Pearcy and his solo band performed on September 3 at Warehouse Live in Houston, Texas. Fan-filmed video footage of the entire concert can be seen below (courtesy of YouTube user "Carlos Live Metal TV").

This past June, Pearcy spoke to Vintage Rock Pod about his upcoming follow-up to 2018's "View To A Thrill" solo album. He said: "So much time has passed since we started writing, Erik [Ferentinos] and I — my guitar player and co-writer guy [for] most of my solo [stuff]. It was so long ago. And the record was done; we had the songs written, like, six months ago. And that was a year process. Since then, I've been writing like a fool and writing with him, and all these new songs [came out]. So I figure let's do a double record and give it all you've got — just go in there and lay it down and say, 'Here. This is what happens in two years when you write tunes.' 'Cause they're way different. It goes all over the place, this record. Our new bass player, Jerry Montano, he did time in HELLYEAH; he's more of an aggressive writer/player. So these songs could be real heavy, heavy or they could be RATT sounding, obviously, if I write 'em. I'm trying to take 'em outside. I'm trying to do a lot of different things. And it's gonna be interesting, because it's gonna go all over the place, so good luck."

According to Pearcy, fans shouldn't expect to see his new solo LP until sometime in 2022. "It's been put off," he explained. "We're gonna try to get through this year. I've got some things to take care of with what the band RATT's gonna do… And once I get in the studio, I don't mess around. That's one thing I learned from [producer] Beau Hill, is you make shit happen. Don't waste time. And we don't. I crack a whip."

Less than five months ago, the 65-year-old founding RATT vocalist, who has been focusing mostly on his solo career while the band has been off the road, dropped the official music video for a previously unreleased solo song called "Don't Wanna Talk About It". The track was written "circa 2000s" entirely by Pearcy and features Stephen on vocals and guitar, Ferentinos on lead guitar, Mike Duda on bass and Greg D'Angelo on drums.

"Don't Wanna Talk About It" arrived two months after the release of Pearcy's cover version of DURAN DURAN's 1981 hit "Girls On Film". Prior to that, Pearcy issued another new solo single, "Night Flight", a collaboration between Pearcy and Ferentinos, which is expected to appear on Stephen's upcoming LP.

Pearcy's fifth solo LP, "View To A Thrill", came out in November 2018 via Frontiers Music Srl. The follow-up to 2017's "Smash" was produced by Matt Thorne and Pearcy and was mixed and mastered by Thorne and Ferentinos.

Pearcy and bassist Juan Croucier are the sole remaining original members in RATT's current lineup, which made its live debut in July 2018 in Mulvane, Kansas. Joining them in the band are drummer Pete Holmes (BLACK 'N BLUE, RATT'S JUAN CROUCIER) and guitarists Jordan Ziff (RAZER) and Frankie Lindia.

In January, Pearcy told SiriusXM's "Trunk Nation With Eddie Trunk" that he was open to the idea of making a new RATT album with all the surviving members of the band's classic lineup. 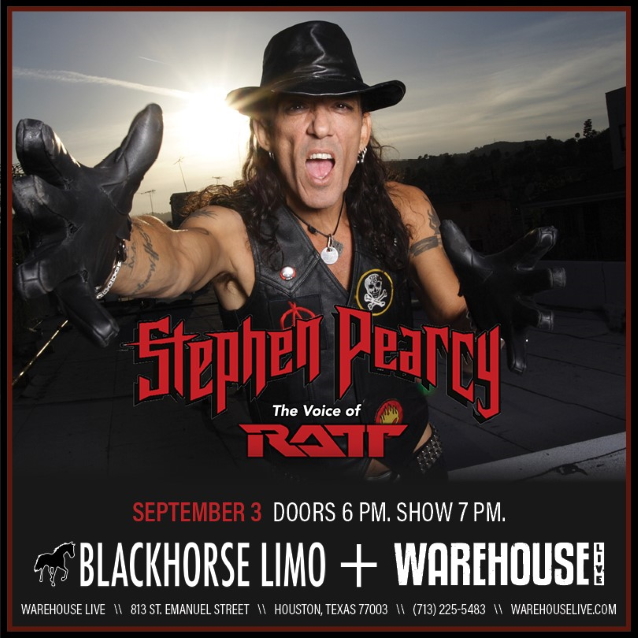