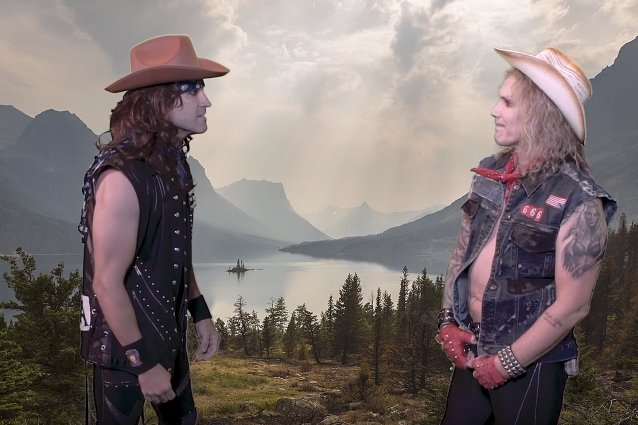 STEEL PANTHER kicked off its latest tour on November 29 at the House Of Blues in Chicago, Illinois. The concert was the band's first with bassist Spyder, who is filling in for STEEL PANTHER's regular four-stringer Lexxi Foxx.

STEEL PANTHER issued a statement on Friday (November 30) saying that Lexxi had voluntarily checked himself in to an undisclosed "sex rehab" after his "lifestyle of debauchery and proclivity towards random sexual encounters… finally caught up with" him.

"We love Lexxi Foxx… and his mother," explained drummer Stix Zadinia. "We support his decision to enter sex rehab. We can't wait for him to get back on the road with us after he learns how to have better sex."