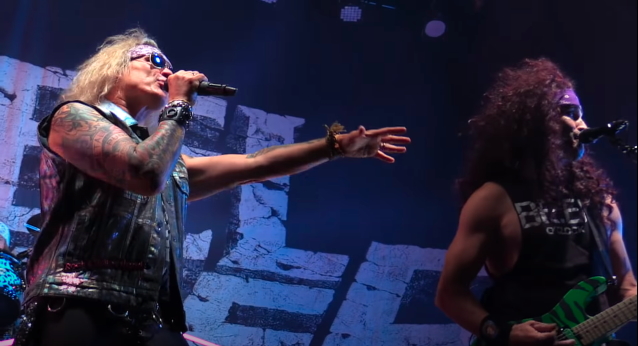 California glam metal jokesters STEEL PANTHER played their second virtual concert event, "Rockdown In The Lockdown", on Sunday, August 16 from the ultra-sanitized, production-filled, multi-camera Drum Channel Studio at Drum Workshop, located in Oxnard, California. The performance was streamed live globally and is now available on demand through August 31. A clip of the concert can be seen below.

Last year, drummer Stix Zadinia told Audio Ink Radio that STEEL PANTHER's live show has been very instrumental in the band's success. "I think that's why we've been able to have a career," he said. "People don't sell albums anymore, because you have all the streaming, and nobody wants to buy stuff you can get essentially for free, so if your live show isn't killer, then people aren't going to come back and see you the next time. They're going to say, 'They phoned it in,' or, 'They weren't that good.' For us, it's crucial that we kill live. And we came up playing six, seven nights a week, regular weekly shows, so going out and playing live is what we do. We also happen to put records out. We go play live, and then we put records out also." 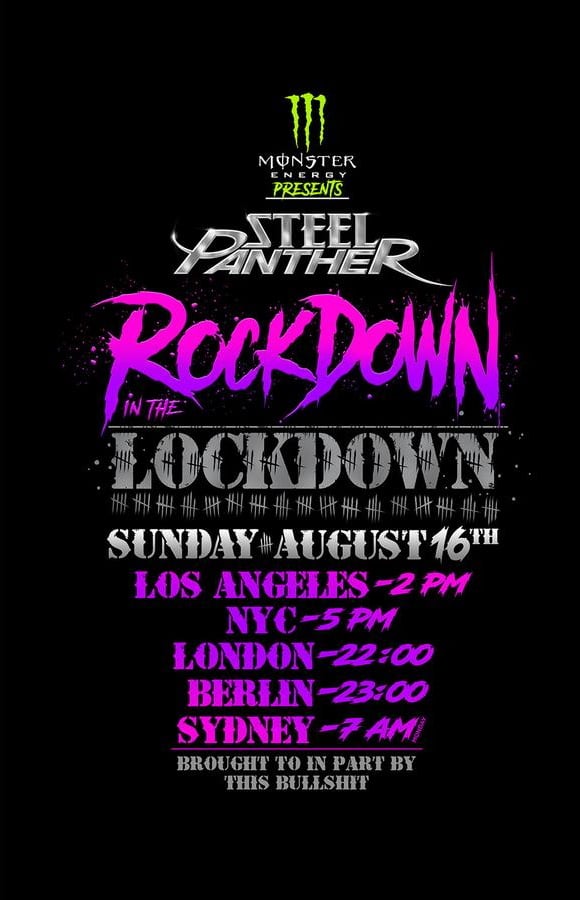