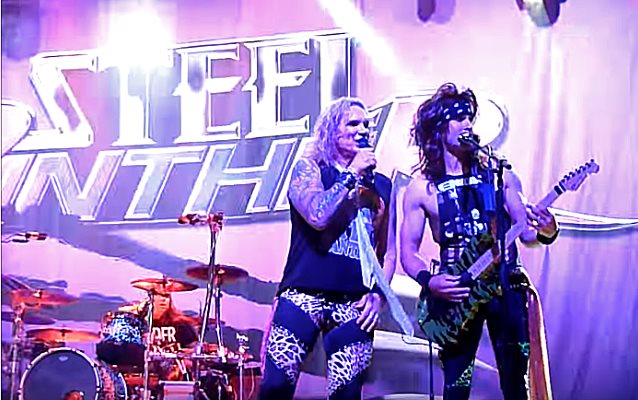 Fan-filmed video footage of STEEL PANTHER's May 11 performance at the House Of Blues in Las Vegas, Nevada can be seen below.

STEEL PANTHER's latest album, "Lower The Bar", was released on March 24 via Kobalt Music Recordings. The disc was co-produced with regular collaborator Jay Ruston, and includes eleven songs recorded at studios in north Hollywood and Sherman Oaks, with an additional two tracks on a Best Buy deluxe edition.

STEEL PANTHER frontman Michael Starr told Billboard about the follow-up to 2014's "All You Can Eat": "I think we've expanded. Our style is still the same formula, I guess, but we've changed it up a bit. I could say that we used to sing about pussy and partying; now we're singing about partying and pussy, but the reality is we did switch up a few things. It's a really solid, fun, intelligent party record. We're just maturing as a band after being on the road for years together and living together. It shows."

He continued: "It's hard to put into words without sounding like a typical review, but it feels different to me. It feels like we're doing some melody lines we normally wouldn't do on a couple of sings, different kinds of moods and not necessary just 'Dr. Feelgood'. There's some different stuff in there, but everything's open for interpretation. Hopefully we connect with it."

For the uninitiated, STEEL PANTHER was formed in 2000 and is Michael Starr (vocals), Satchel (guitar), Lexxi Foxx (bass) and Stix Zadinia (drums). Hailing from Los Angeles, the epicenter for rock n' roll in all its debauchery and glamour, STEEL PANTHER has established themselves as the world's premier party band, melding hard rock virtuosity with parody and criminally good looks. 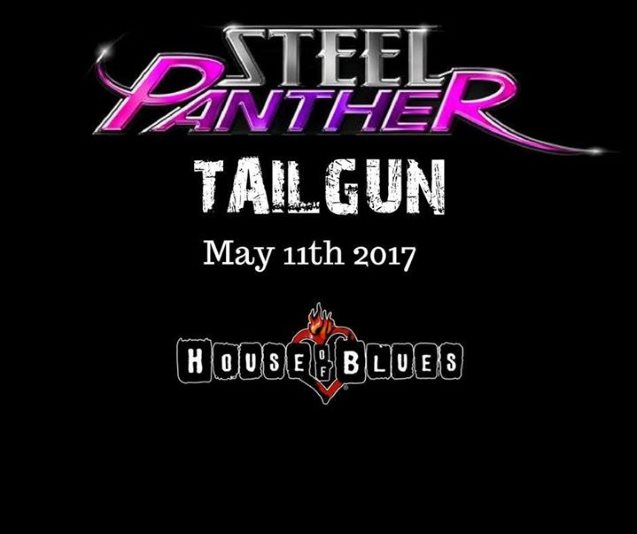