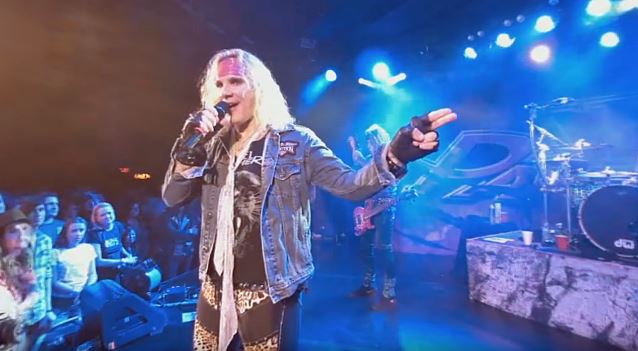 Los Angeles glam-metal jokesters STEEL PANTHER partnered with VRLIVE, a virtual reality broadcast network, to offer fans a 360-degree virtual reality live stream of their concert from The Roxy Theatre in Los Angeles on Tuesday, November 22. You can now watch the performance below.

STEEL PANTHER's new album, "Lower The Bar", will go on sale February 24, 2017. For the fans that can't hold back their PANTHER urges, pre-orders are now available at the band's web site, iTunes, and Amazon with deluxe bundle packages now exclusively available at SteelPantherRocks.com.

To celebrate this historic moment in rock n' roll history and as a thank you their "fanthers," the band has released "She's Tight", the music video for the new album's first single. "She's Tight" is STEEL PANTHER's "sexified" version of the CHEAP TRICK song and promises the skin that was left out of the 1982 hit. Cameos in the video include CHEAP TRICK's Robin Zander, Bobbie Brown, Paris Michael Jackson (the late singer's daughter) and Tony Palermo (PAPA ROACH).

"CHEAP TRICK was one of my favorite bands when I was younger. I'm so proud to have recorded this track for our new album and also to have Robin Zander himself sing with me on the song. It's like a dream come true," said Starr. 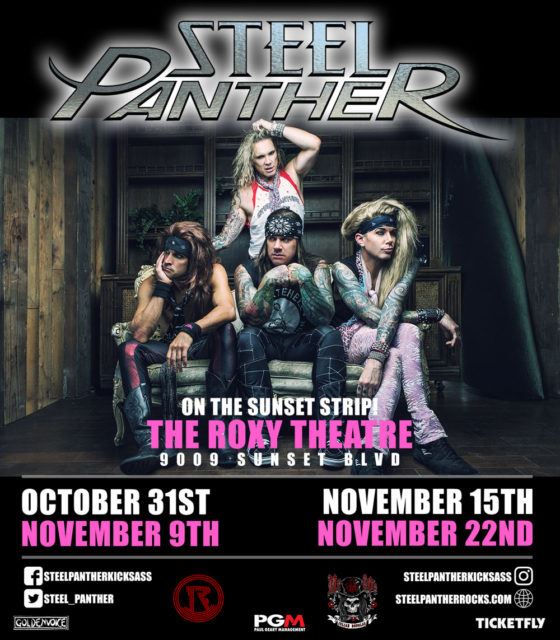