Fan-filmed video footage of German thrash metal veterans SODOM performing on October 13 at Red in Moscow, Russia can be seen below.

As previously reported, SODOM will release a new EP, "Partisan", on November 23 via SPV/Steamhammer. The effort will be made available as a CD digipak, 10-inch clear vinyl, download and stream.

"Partisan" will contain three tracks, including a live recording from this year's Rock Hard Festival.

SODOM, DEATH ANGEL and SUICIDAL ANGELS will join forces for the 2018 installment of the "MTV Headbangers Ball" European tour in November and December. 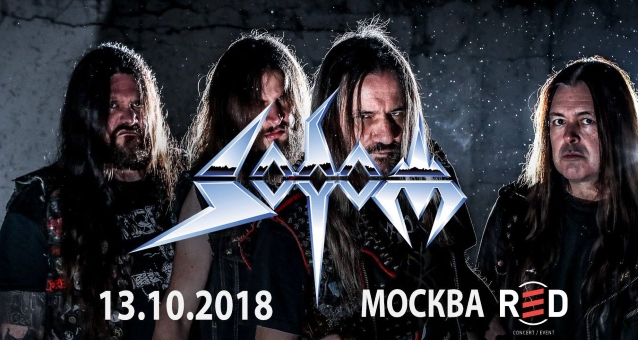