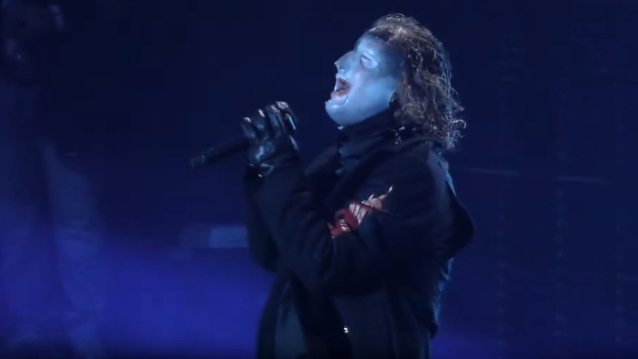 Fan-filmed video footage of SLIPKNOT performing the new song "Unsainted" on June 18 at TUI Arena in Hanover, Germany can be seen below.

The group's sixth studio album, "We Are Not Your Kind", will arrive on August 9. It has been preceded by the release of "Unsainted", and the first live performance on this album cycle, a two-song appearance on the May 17 edition of "Jimmy Kimmel Live!"