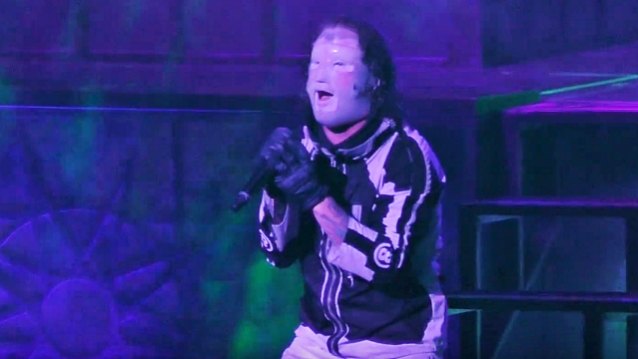 Fan-filmed video footage of SLIPKNOT's August 27 concert at Xfinity Center in Mansfield, Massachusetts can be seen below.

SLIPKNOT is continuing to tour in support of its latest album, "We Are Not Your Kind", which sold 118,000 equivalent album units in the U.S. in its first week of release to land at position No. 1 on the Billboard 200 chart. Of that sum, 102,000 were in album sales.

"We Are Not Your Kind"'s sales were boosted by a concert ticket/album sale redemption offer with SLIPKNOT's U.S. tour, which kicked off late last month.

"We Are Not Your Kind" was once again recorded at a Los Angeles studio with producer Greg Fidelman, who engineered and mixed "Vol. 3: (The Subliminal Verses)" and helmed ".5: The Gray Chapter".