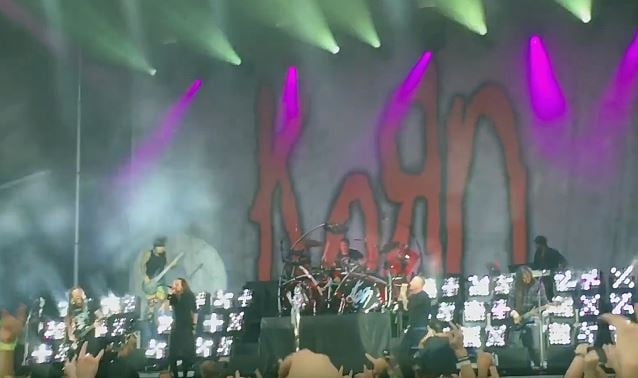 SLIPKNOT and STONE SOUR frontman Corey Taylor joined KORN on stage this past Sunday, October 2 at the Louder Than Life festival in Louisville, Kentucky to perform the KORN song "A Different World". Fan-filmed video footage of his appearance can be seen below.

"A Different World" is slated to be the next single from KORN's upcoming album, "The Serenity Of Suffering", following the current Top Five track "Rotting In Vain".