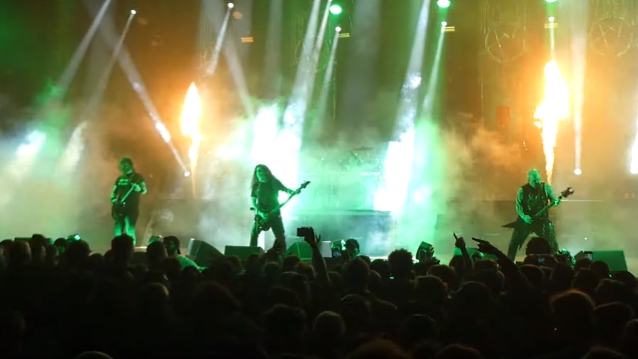 Fan-filmed video footage of SLAYER's May 14 concert at Merriweather Post Pavilion in Columbia, Maryland can be seen below.