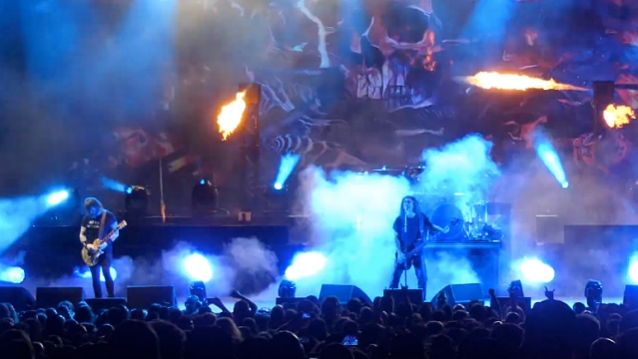 Fan-filmed video footage of SLAYER's May 24 concert at BB&T Pavilion in Camden, New Jersey can be seen below (courtesy of YouTube user "Steve Easton").