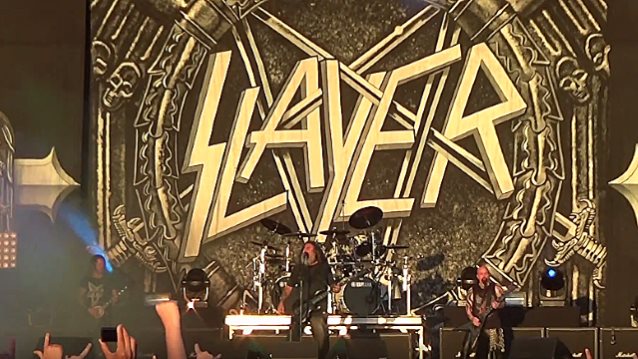 Fan-filmed video footage of SLAYER's June 10 performance at the French edition of the Download festival in Paris can be seen below.

Kerry King recently once again said that he was "definitely open" to having fellow SLAYER guitarist Gary Holt contribute to the songwriting on the band's next album.

In a recent interview with Brazil's Wikimetal, King confirmed that there is a chance that Holt will be more involved with the creative process next time around. "It's a possibility, for sure," he said. "We haven't really talked about that. I mean, the ideas have come up, but then I know Gary's still full-heartedly into making EXODUS records. I think if the opportunity arises, I'm definitely open to it, but I also understand that we've got a band to write music for as well. So I'm not against it. It's just something that we haven't come to that bridge yet."

Holt told In The Loop magazine last year that he would be ready to contribute song ideas to SLAYER's next album, if he is asked to do so. He said: "I've certainly never been one to have a shortage of material, so yeah, it's a bit premature, but down the line, if Kerry and Tom [Araya, bass/vocals] want me to, I have about as good of an insight into SLAYER's writing style by now as just about anybody. I think I could write some things that fit right in, sure. But right now, of course, we're focused on the tour [in support of 'Repentless']." 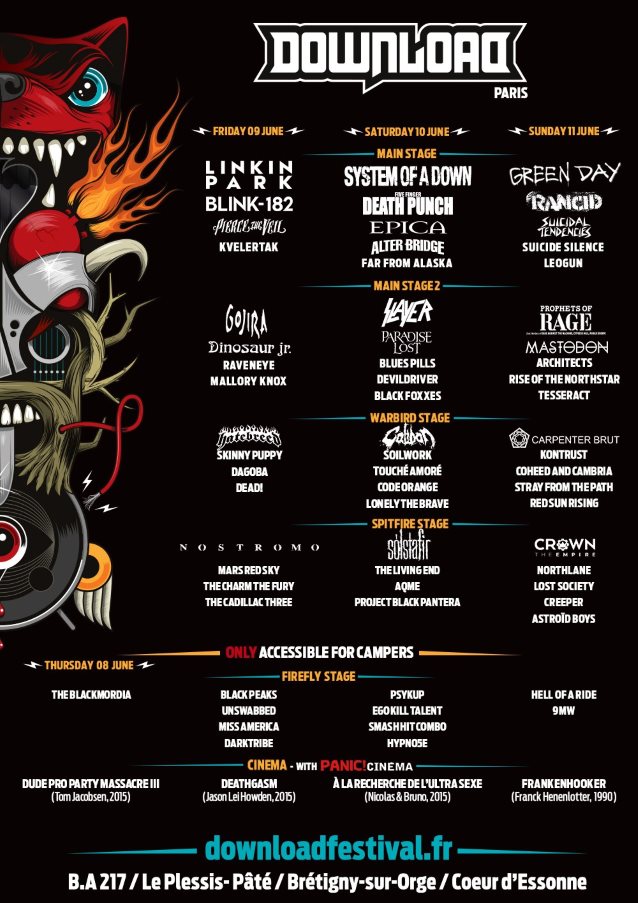